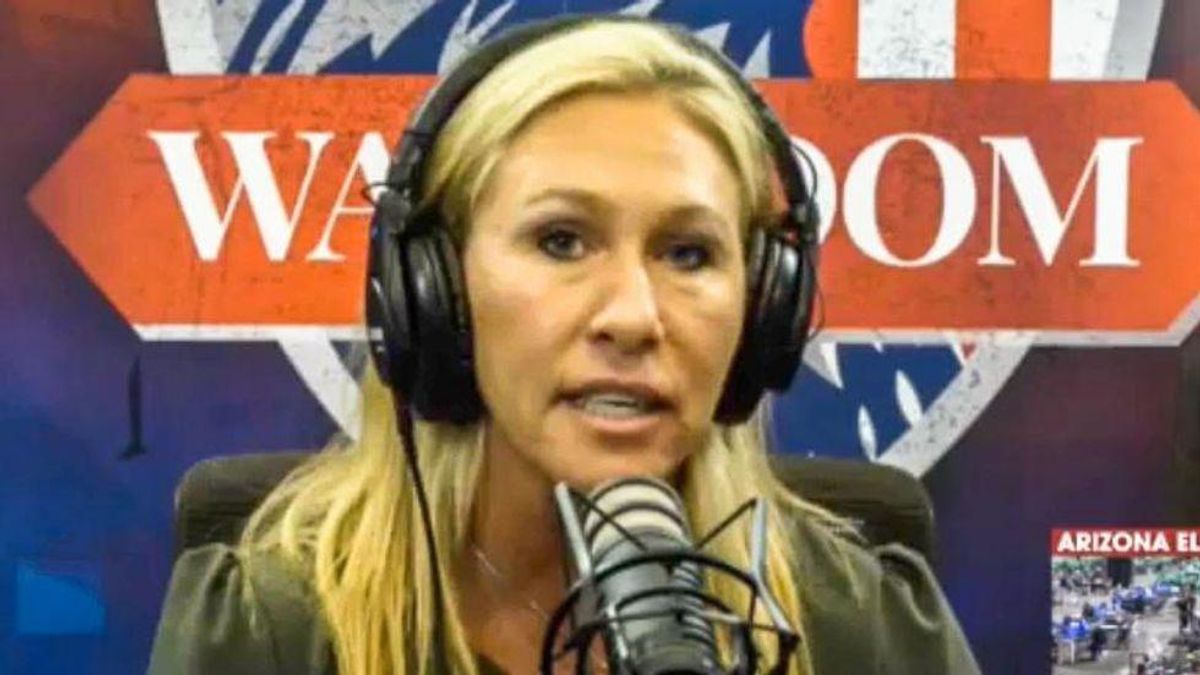 Rep. Marjorie Taylor Greene (R-GA) shocked the internet on Thursday when clips of her "Mexican accent" impersonation were posted to social media.

Greene showcased her impersonation during a Georgia campaign rally with Rep. Matt Gaetz (R-FL), who is reportedly under federal investigation for the sex trafficking of a minor.

Here's some of what people were saying about the controversial QAnon Congresswoman:

That may be the single most offensive (and incoherent) 30 seconds I have ever heard come out of the mouth of a federally elected official. The “Mexican accent" imitation should be played ad nauseum on Hispanic radio/tv. She should be the death knell of GOP Hispanic outreach.
— Jeff Leon (@jeffaleon) May 28, 2021

We're watching the birth of a 3rd political party. Let's call them “Idiocrats". MTG is vying for a leadership roll. pic.twitter.com/MJSpvnKXr6
— whodis (@mfehr2) May 28, 2021

Someone should tell her that someone who is attacked for being a racist should definitely not be doing accents.
— dbWrasslin (@DbWrasslin) May 28, 2021

Once again, Marjorie Three Names answers the question, "Why aren't there any conservative comedians?"
— D Villella ❄️ (@dvillella) May 28, 2021