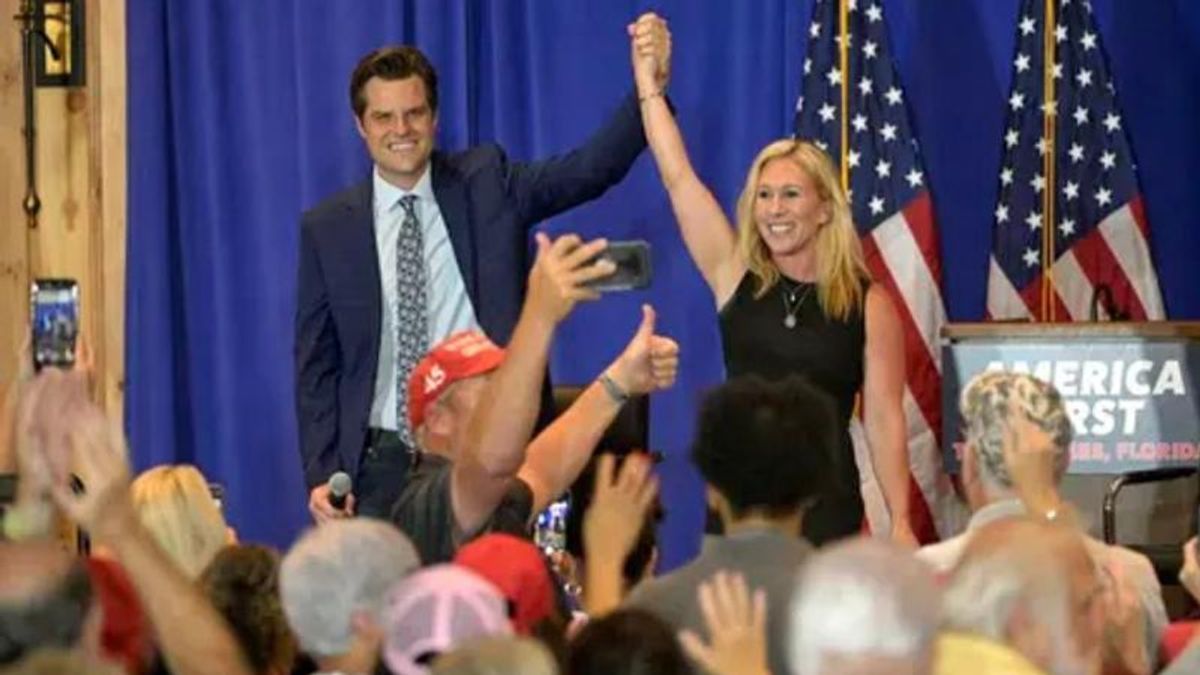 On Monday, Gaetz posted a tweet complaining about the Justice Department worrying the audit is violating federal law.

Greene retweeted the Florida congressman and suggested the two travel to Arizona.

"After all, the people payed (sic) for those ballots and everything to do with the AZ elections," she wrote.

In a follow-up tweet, Greene seemed to blame autocorrect for changing "paid" to "payed."

Greene was quickly ridiculed. Here's some of what people were saying:

I've never seen autocorrect change a correct word into a nonexistent one before. Huh.
— 🏖Laurie🏝 (@lauriebatl) May 10, 2021

The most trumpian of tweets. As if autocorrect would turn paid into payed. Just own your ignorance; probably won't lose you any votes.
— Robert Lusetich (@RobertLusetich) May 10, 2021

Gotta love some US Representative who not only doesn't PROOF READ but can't take responsibility for misspellings. A shining example of a poor student.
— LaurenBoebertsGED (@VTNatureBoy) May 10, 2021

Autocorrect isn't that stupid.
— Your Conscience Speaking (@here_insanity) May 10, 2021