'Beware of false prophets': Here's why QAnon is thriving as a 'false religion' among evangelicals 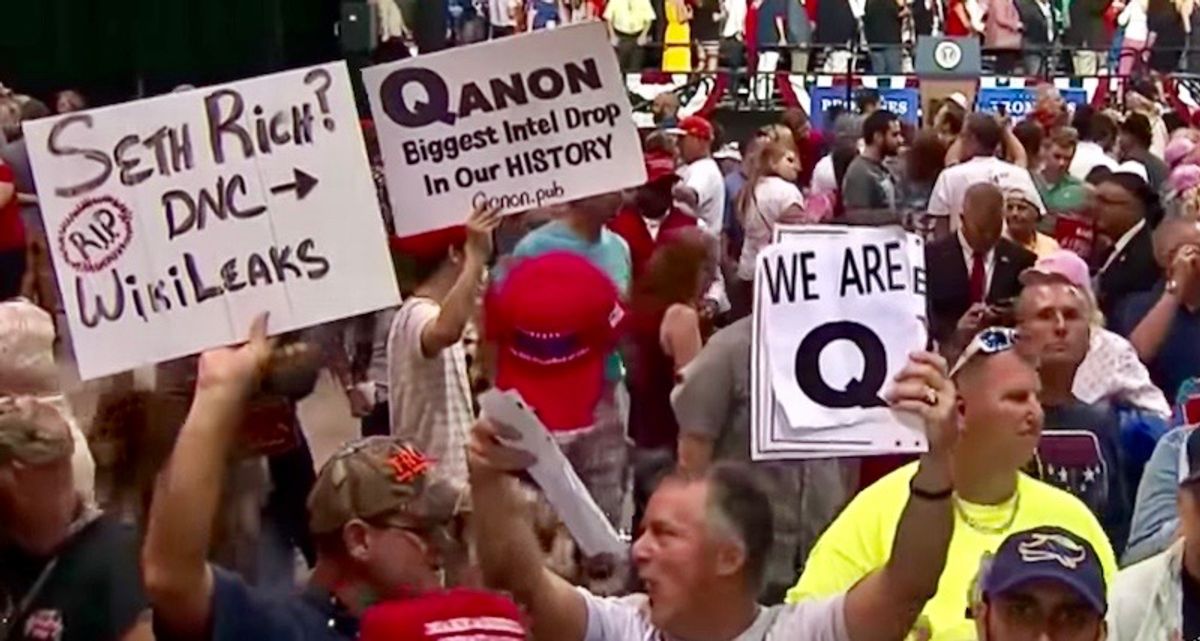 A certain type of evangelical Christian is more susceptible to the QAnon conspiracy theory, which mimics revivalist sermons.

Those immersed in televangelist or charismatic Christian culture are easily led astray by the false prophecy that places Donald Trump against a satanic global conspiracy, and conservative Matt Lewis examined those links in a new column for The Daily Beast.

"Even those of us who believe in miracles would concede that charlatans exist and often prey on vulnerable people," Lewis wrote. "Someone who is desperate for physical healing or money to pay the mortgage might be easily exploited. As politics play a more central role in our lives, our vulnerabilities have shifted. Many Americans were so utterly desperate for Trump to be re-elected that they were willing to believe anything. And so they did."

Some churches outside the denominational hierarchy have prioritized salacious or emotional content to attract and hold onto congregants as attendance declines nationally, and QAnon matches up perfectly with the apocalyptic conspiracies that have floated around the evangelical fringes for decades.

"At the end of the day, QAnon is just the latest false religion — but it's an especially virulent and destructive one," Lewis wrote. "It mimics some of the elements of Christianity, but in the end, it's just a cheap counterfeit. 'Beware of false prophets,' the Scriptures warn, 'which come to you in sheep's clothing, but inwardly they are ravening wolves.'"

More than three decades may have passed since they were held as human shields by Saddam Hussein in Iraq, but those caught up in the ordeal still want answers.

Passengers who were taken off British Airways Flight 149 in Kuwait on August 2, 1990 want the UK government to admit liability, apologize and release a secret report about what really happened.

Only shrubs grew naturally in the sandy acid soil that farmer Volker Miros chose as a site to test the potential for truffle production in South Africa.

The determined mycophile saw no reason why the highly prized fungi could not grow on the plateaus of South Africa's rugged Cederberg mountains in the west of the country, where the climate is similar to that of Mediterranean Europe.

The anti-Trump resistance within the Republican Party is showing signs of life, even though the former president clearly still retains an iron grip on the GOP.