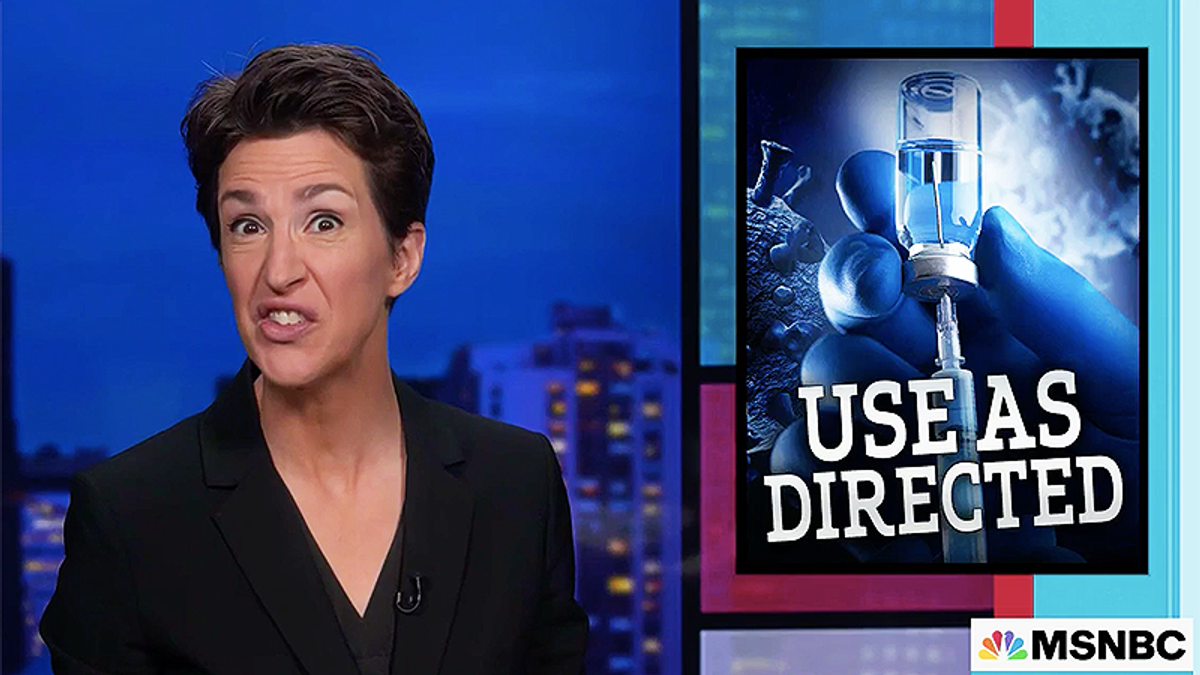 Friday, April 23, 2021 is the one-year anniversary of former President Donald Trump's comments to somehow inject disinfectant or use UV lights in the body to cure coronavirus.

MSNBC host Rachel Maddow started off her show with the video of the moment where Trump glances at Dr. Deborah Birx, who appeared horrified and shocked.

She began with the story of the poor Lysol media staffer who came into work on a normal day thinking that it would be like any other day, only to have to fend off inquiries and bizarre tweets.

After playing the clip of Trump's awkward moment, Maddow repeated some of the most important phrases while asking how exactly he expected what he was saying to work out.

"It would be interesting to check that. The light inside the body, through the skin, or ..... some other way. What's the other way?" Maddow asked. "It's not through the skin. With the light, to get the light inside the body, if you're not going to do it through the skin, how do you do it, hmm? A light, very powerful light. Also the disinfectant. How about -- what's the phrase exactly? Injection inside or almost a cleaning. Injection inside with the disinfectant. It would be interesting to check that."

She noted that the press secretary at the time promised the president meant it as a joke, but anyone who watched the video knew it wasn't.

"Is that what it sounded like? Like he was joking there?" asked Maddow. "The poor Lysol people. Telling people not to inject Lysol or bleach has never been one of our problems before but it turns out presidencies matter. Choose wisely when you choose somebody for that particular gig, because as The Washington Post was first to point out earlier today, on the anniversary of the day then-President Trump suggested injecting disinfectants to fight COVID-19, the Justice Department announces it has indicted a Florida family for selling bleach as a COVID-19 cure."

Maddow then unveiled the story of the family that took Trump's idea to the extreme. Sadly, their solution killed people and there were many reports of poisonings after Trump made the suggestion.