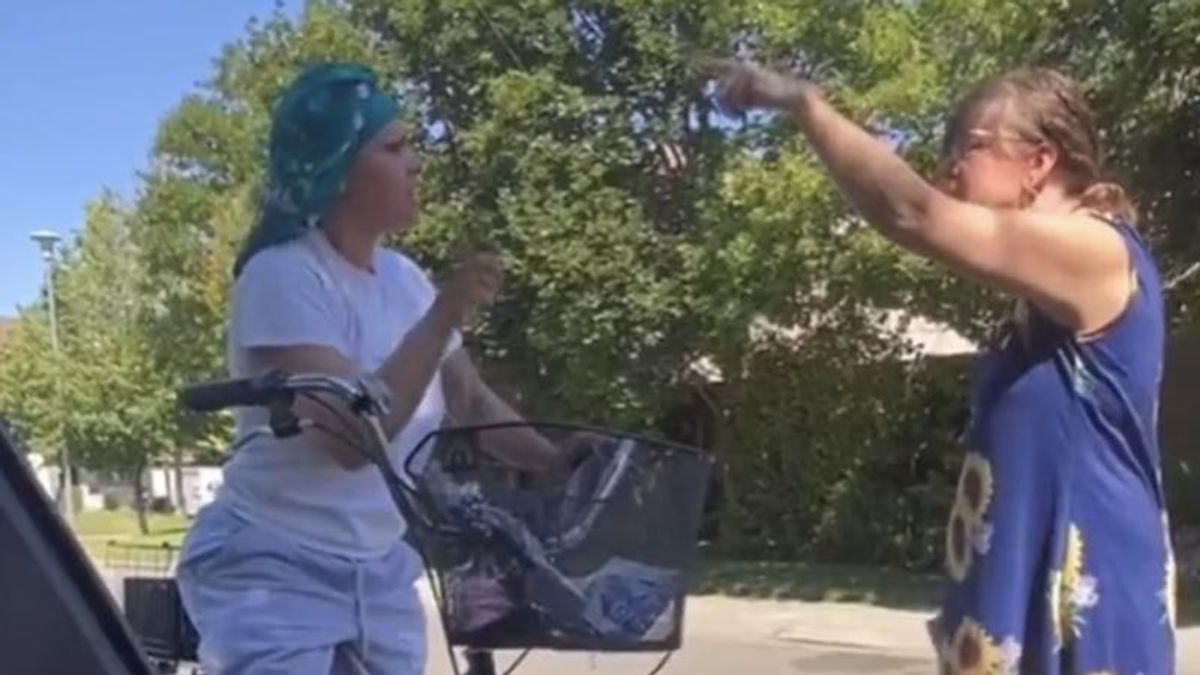 In a video posted to Twitter by @crazykarens -- originally posted on TikTok -- an unidentified white woman accused one of her Black neighbors of "dealing drugs" as she was in the process of delivering hair care products to a customer waiting in the car -- who filmed the whole exchange.

After being shown the items in the basket, she continued to complain, asking why the Black woman, who is doing curbside service, why she can't do it from her home before insisting that other neighbors are complaining about "the girl dealing drugs."

After being told the delivery is "just a pick-up, " the white woman shoots back, "It look like a drug deal," to which she is told, "I don't care what it looks like, call the police."

After the delivery is completed she continues to harangue the Black woman.