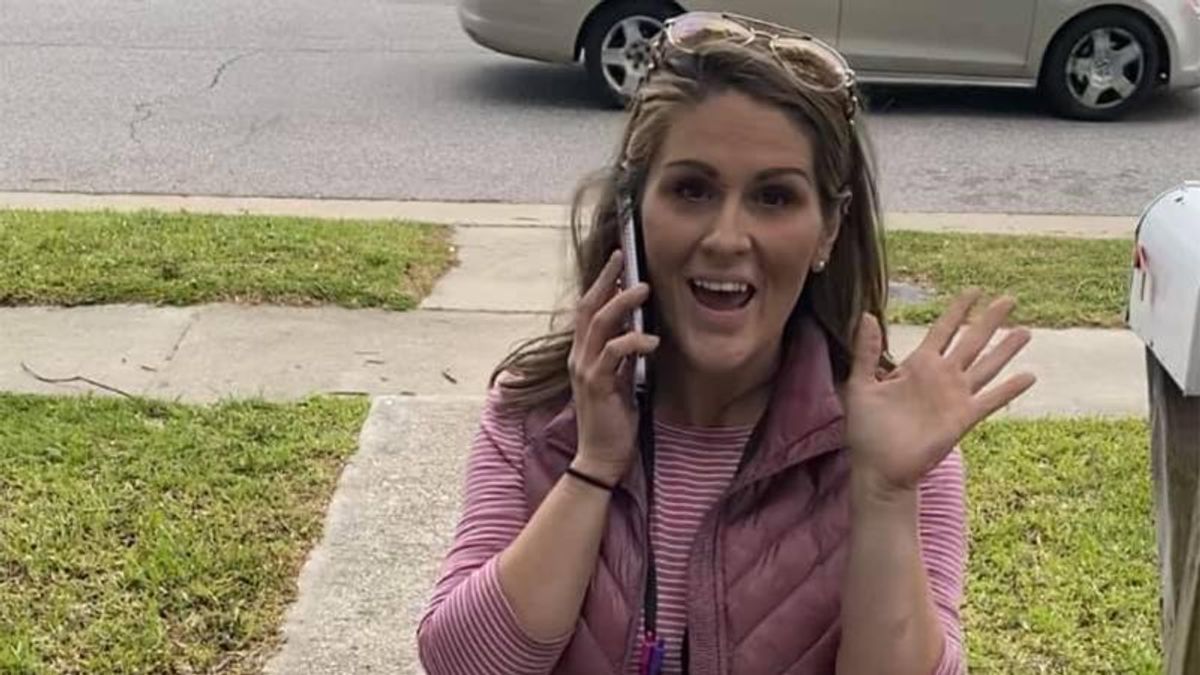 A white woman has lost her job at a Virginia food bank after she went on a racist tirade, using slurs and telling her Black neighbor "...you're not the right color, honey."

According to the Progress Index, a video posted to Facebook by Quetta Good shows her getting into an altercation with the neighbor who can be seen wearing a name tag reading "Rachel."

According to a Facebook post by Good, "Let's rewind back to the beginning when she called the police to search my house for drugs because her words were I couldn't afford my house, I never leave the house so I had to sell drugs because I'm black and had a Porsche. Yes the POLICE SURE DID SEARCH MY HOUSE FOR DRUGS SMH. No drugs were found I work from home!! This has been going on for MONTHS>

The altercation where the N-word was used was shared widely which led to the head of the Chesterfield Food Bank to issue a statement saying the employee is no longer working with them, adding, "It was between neighbors. It is still sad and an unfortunate situation."

On Facebook, CFB CEO Kim Hill wrote, "In response to this situation, we have terminated this employee. We remain committed to creating and providing a positive, uplifting, and encouraging environment for our staff, volunteers, and clients."

According to the report, the former employee's name was not released.

You can see the video -- which was unfortunately posted vertically -- below: