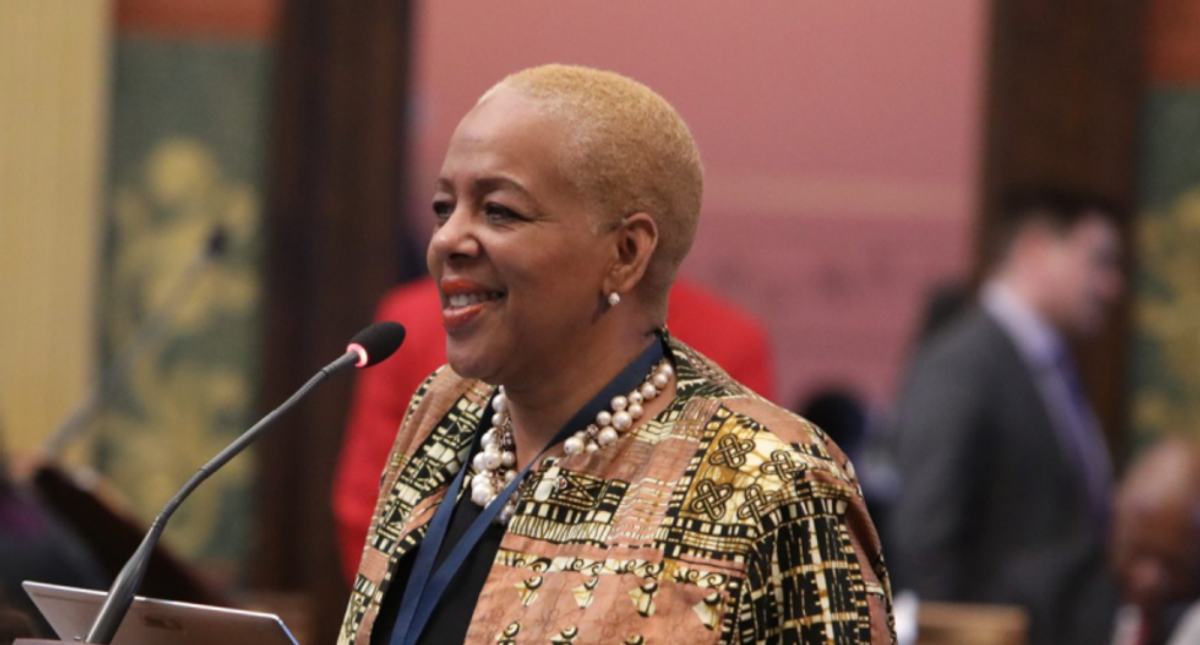 Michigan state Rep. Cynthia Johnson is once again being targeted with violent threats.

"The threats made toward House Rep. Cynthia Johnson were 'laced with racist and misogynistic language' that has prompted an investigation by law enforcement," reported Jack Nissin of Fox 2 Detroit.

"This is nothing new. This is the same hate and violence Black Americans have faced for generations," Johnson said in a news release. "This is the same sexist vitriol endured by women in power throughout history. These are the same manipulative tactics used by perpetrators of domestic violence to belittle victims into submission."

"This is not the first time domestic terrorists have tried to silence me with similar threats, but I will not be silenced," she continued.

According to The Detroit News, a woman left a voicemail for Johnson that warned "you will die."

The woman told Johnson that she had a tier system assigning "points for much you all are worth once we kill you."

The woman also said it "would be more fun" if Johnson attempted to run and later said she had "long-range shooters" who might shoot while Johnson was getting groceries. Racist language is used throughout the voicemail.

"Maybe write a will real quick. But you will die. You're a traitor and your name's going to go down in history as one of the worst ones," the voicemail said.

This is not the first time Johnson has been targeted. In December, after Johnson interrogated Rudy Giuliani and taking apart his pro-Trump election conspiracy theories in a Michigan hearing, she received a flood of hate and threats, including one voicemail that said, "You should be swinging from a (expletive) rope you Democrat," and other that said, "Your time is coming ... from the (expletive) gallows you'll be hanging."

After these incidents, Johnson publicly called on her supporters to "make them pay" for threatening her. Republican state lawmakers responded by removing her from the House Oversight Committee.