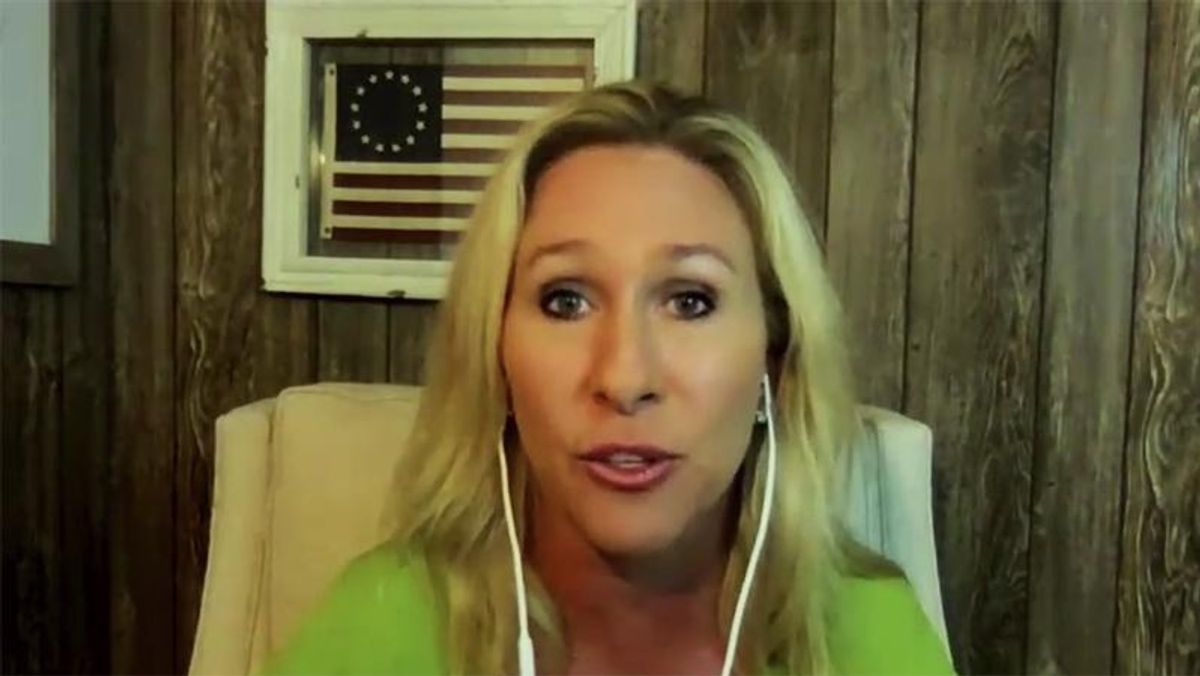 "The media continues to lie about a fake story," she claimed. "They do this all the time to smear people like me and divide the GOP. I am one of the proudest members of the Freedom Caucus! I don't need another caucus."

However, Punchbowl News reporter Jake Sherman notes that Greene communications director Nick Dyer boasted that plans for the America First Caucus were so far along that it would be releasing its own policy platform "soon."

News broke late last week that Greene and Rep. Paul Gosar (R-AZ) were creating the caucus to promote a "common respect for uniquely Anglo-Saxon political traditions" and "the progeny of European architecture."

The caucus proposal was widely panned, however, and even some members of the House Freedom Caucus tried to distance themselves from it. Shortly afterward, plans for forming the caucus were officially scrapped.