Matt Gaetz gaslights as his ex-girlfriend flips: ‘I’m not focused on scandal -- I’m focused on socialism’ 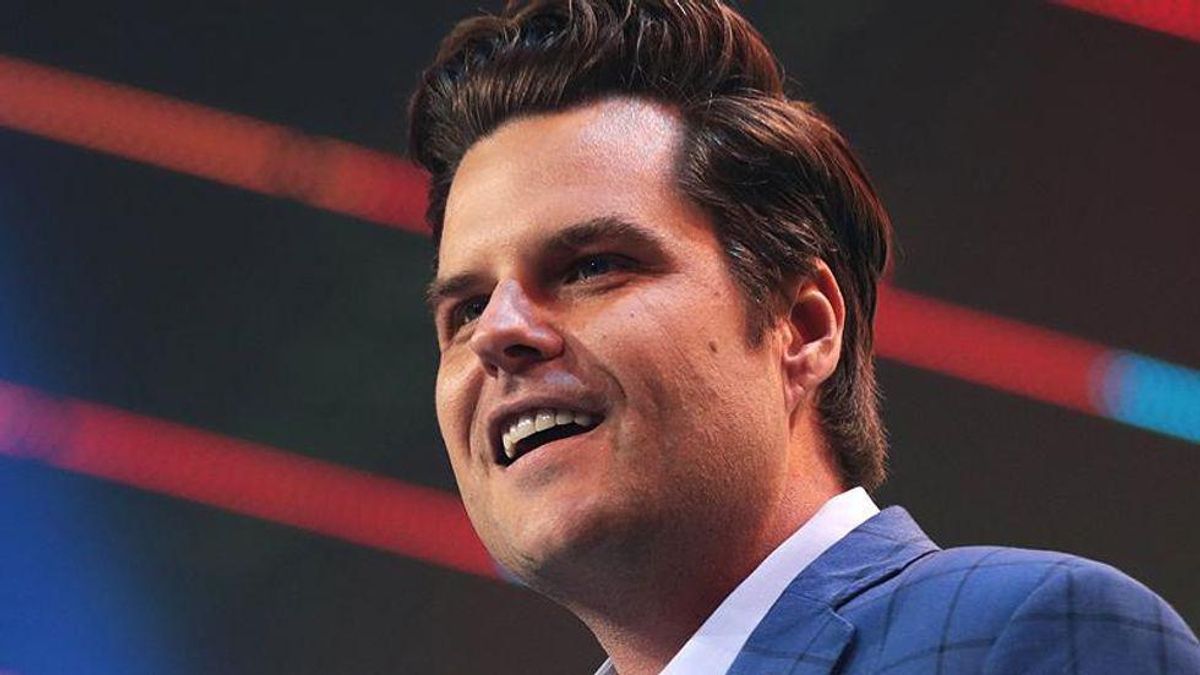 U.S. Rep. Matt Gaetz (R-FL) Friday evening tried to set up a smokescreen, insisting he's "not focused on scandal" as news breaks his ex-girlfriend has flipped and is now cooperating with federal authorities, just like his former "wingman," Joel Greenberg.

Gaetz, who is under federal investigation for possible sex trafficking and possible sex with a 17-year old girl, in an interview tried to minimize the charges against his friend, Greenberg, by suggesting he is in jail for defamation. Greenberg was facing dozens of charges, but currently the list stands at just six felonies after he entered a plea deal on Monday. Legal experts expect he is handing federal prosecutors evidence against the Florida GOP Congressman.

"The woman, a former Capitol Hill staffer, is seen as a critical witness, as she has been linked to Gaetz as far back as the summer of 2017, a period of time that has emerged as a key window of scrutiny for investigators. She can also help investigators understand the relevance of hundreds of transactions they have obtained records of, including those involving alleged payments for sex, the sources said." CNN adds, citing people familiar with the matter.

"I'm not too worried about Joel Greenberg," Gaetz told Newsmax (video below). "Joel Greenberg is literally sitting in jail right now because he originally accused someone d who was innocent – of having had a relationship with a minor."

Gaetz is accused of having had a relationship with a minor.

"That wasn't true, it was just a false thing that Joel Greenberg had said, and that's landed him in quite a bit of trouble."

Greenberg is not in jail for defamation.

"But I'm not focused on scandal. I'm focused on socialism," Gaetz said in what appeared to be another road-tested soundbite. "That's why I'm here in Arizona with Congresswoman Marjorie Taylor Greene."

Hardly a state facing "socialism," Arizona narrowly broke for Joe Biden but it has a Republican governor and GOP majorities in both chambers of its state legislature.

"We're going to have about a thousand patriots behind us supporting the Arizona audit and our ongoing efforts for election integrity."