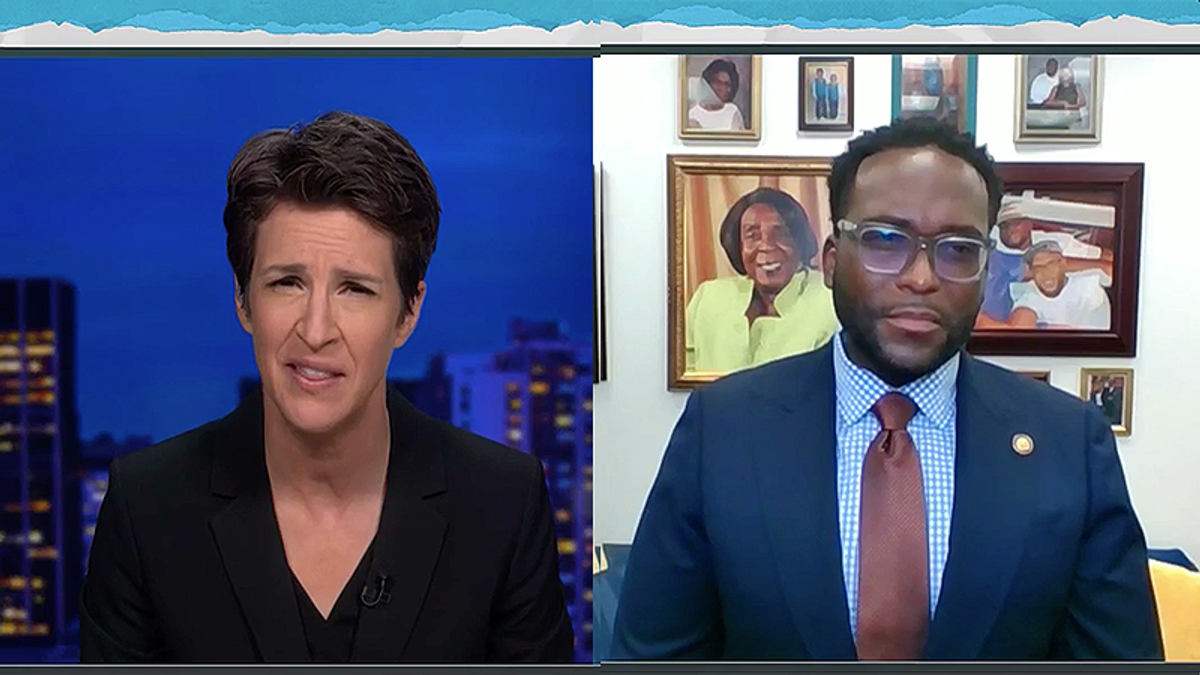 Ironically, Oklahoma experienced an incident in which a disgruntled student plowed into a crowd of people at the homecoming parade in 2015, killing two people. Oklahoma was also home to large, armed tea party rallies that could now be targeted thanks to the law. There are generally much larger and louder protests from the right-wing in Oklahoma than from Black Lives Matter protests.

In Florida, they've essentially nullified the right to assemble when it comes to confederate statues, which will likely get the law thrown off the books. Still, an all-white Republican group of lawmakers cheered on the freedom they now have to kill Black Lives Matter activists.

Speaking to Florida state Sen. Shevrin Jones, Maddow asked about the specifics of the bill, which he noted are flatly unconstitutional. But it was her comparison that brought in a striking comparison.

"One of the things that is, I think so -- that is the most shocking about this bill, and we saw that it made the headline in The New York Times today, is this idea that this Republican bill, and now state law in Florida, singles out people who use their cars to run over protesters for a specially designated form of immunity," she began. "I mean, you know, the freaking Al Qaeda Magazine, when it used to exist, used to advise Al Qaeda adherents that a great way to terrorize lots of Americans is to use a readily available large tool, namely a car or a truck, to run down Americans as a way of committing terrorist attacks in this country. By putting such a spotlight on that and singling it out for immunity, are there concerns this is creating a clear and present current public safety threat around that type of way of hurting people?"

Jones agreed, explaining that it happened in Miami, Florida last year during a George Floyd demonstration where someone drove their car into a crowd. Under the new law, killing someone there would be legal.

"And let's be extremely clear, that the governor has created a piece of legislation that no one has asked for," said Jones. "Instead of the governor doing what needs to be done to protect the lives of Black people within this state who is included within the 22 million people in the state of Florida, to begin to create these penalties that do nothing but create more individuals in our criminal justice system and to continue to clog up our jails. So, it does nothing."

the dangers of the murder legalization law www.youtube.com