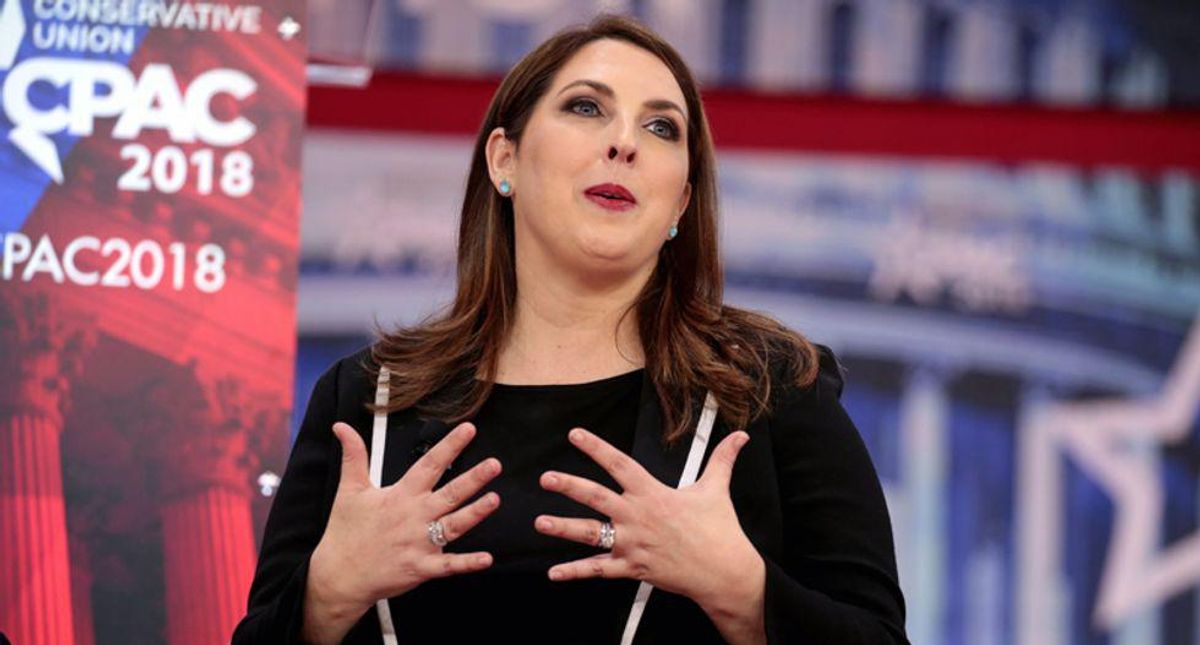 "Taken all together, these are the kinds of predatory tactics you only see in the scammiest models," said Jordan Libowitz, communications director for government watchdog Citizens for Responsibility and Ethics in Washington (CREW).

The new messages resemble shady schemes Republicans used in the last election cycle, including a late December email Donald Trump pushed out as he fought to overturn his loss, and raked in a half billion dollars between mid-October and the end of November.

"Since donors tend to be older and maybe less fluent with the internet, or can't see the fine print on their phone, these kinds of tricks seem intended to wring as much money out of a supporter as possible, regardless of that person's intent," Libowitz said.

The RNC set up a pre-selected option to make donations recur on a monthly basis, which is reportedly under investigation in at least four states, and donors who manage to navigate the tricky opt-out process are then smacked with a frantic pop-up graphic.

"WAIT!" the full-page graphic reads. "The Radical Left is so happy that you unchecked that box. Don't give them what they want!"

Democratic solicitations connected to President Joe Biden use similar tactics, including non-existent deadlines and guilt tactics, although they're generally less aggressive and less frequent, and request much smaller gifts and do not pre-select the recurring donation option.