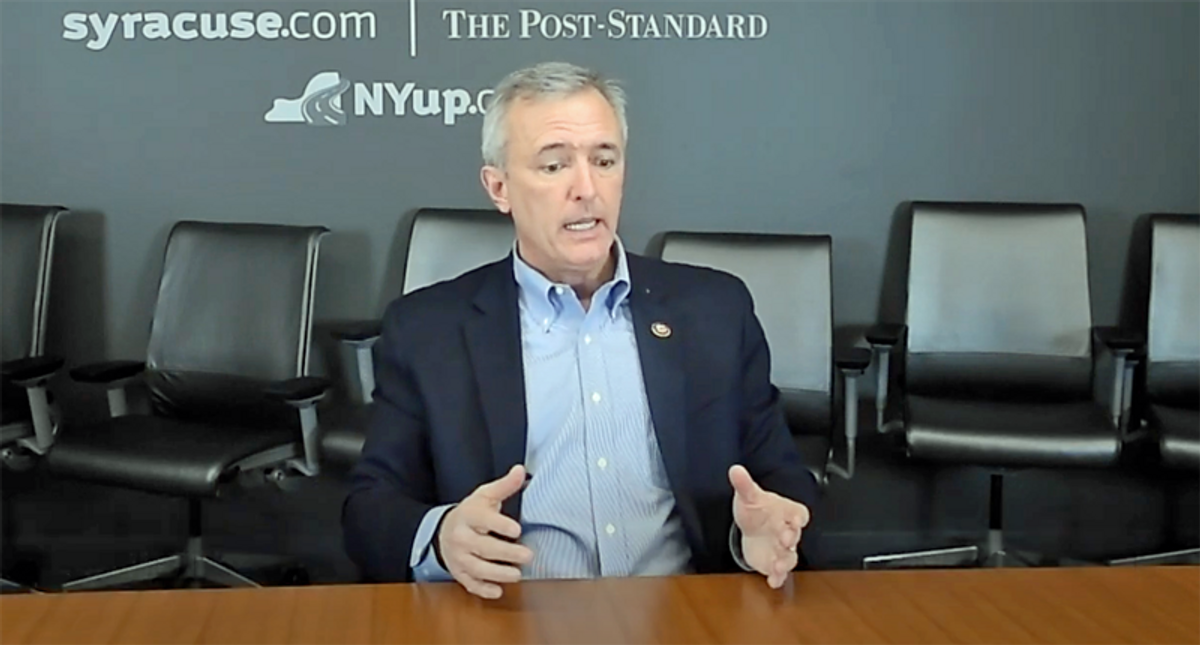 Seventeen Republicans in Congress — ten representatives and seven senators — ultimately voted in favor of the effort to impeach and convict former President Donald Trump for incitement of insurrection in the Capitol invasion. This defection caused uproar among Republican officials across the country, most of whom are still loyal to Trump, and led to several of these lawmakers being censured.

But on Saturday, according to the Syracuse-based Post-Standard, one of these Republican lawmakers bucked the trend and escaped censure: Rep. John Katko of upstate New York.

According to reporter Mark Weiner, Republicans in Cayuga County were set to vote on the censure — but before they did, Katko spoke with them, described the events of the Capitol riot from his perspective, and his account convinced them to respect his decision.

"Katko, R-Camillus, addressed the GOP group for about 15 minutes Saturday before the vote by secret ballot, said Cayuga County Clerk Sue Dwyer, one of the committee members who attended the meeting," said the report. "Katko answered questions from committee members, Dwyer said, and explained why he was among 10 House Republicans who voted to impeach Trump for 'inciting insurrection' in the Jan. 6 attack on the U.S. Capitol."

"I appreciated that Congressman Katko showed up," said Dwyer after the meeting. "He was able to stand up and tell us exactly what happened."

Elsewhere around the country, Republican officials aren't so willing to listen. Censure resolutions have passed against other pro-impeachment GOP lawmakers like Reps. David Valadao (R-CA) and Fred Upton (R-MI), and Sens. Bill Cassidy (R-LA) and Richard Burr (R-NC). The Utah Republican Party, meanwhile, split the difference and endorsed the judgment of both Sen. Mitt Romney, who voted to convict Trump, and Sen. Mike Lee, who voted to acquit him.