Republicans' refusal to look at why they lost in 2020 will haunt them in the next election: columnist 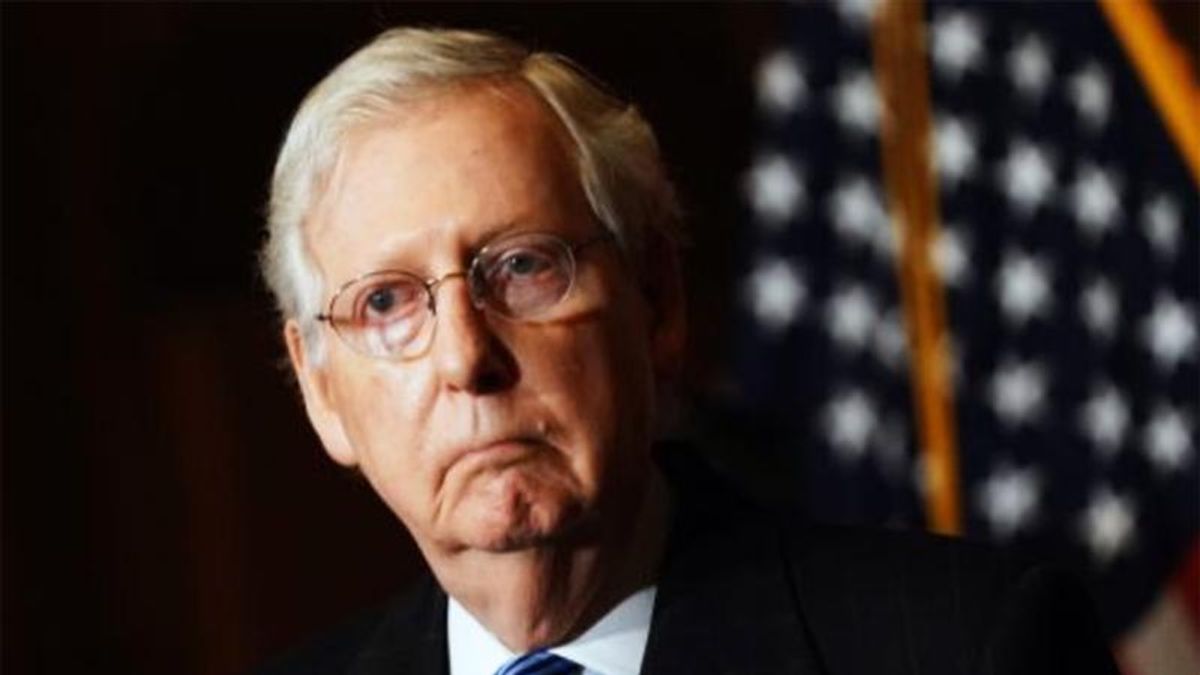 According to longtime political columnist Walter Shapiro, the Republican Party is currently undergoing a slow-motion "implosion" that will only continue to accelerate due to internal strife and a refusal to examine what went wrong in the November election that saw them lose the White House and the Senate.

With Donald Trump gearing up to take on the party and Senate Minority Leader Mitch McConnell in an effort to make the party his, the columnist said the GOP's failure to rid themselves of the ex-president through impeachment will haunt them for years.

"The GOP is in the midst of the most dramatic meltdown of any political party since the Democrats bitterly split over the Vietnam War," he observed. "As he festers in fury at Mar-a-Lago, Donald Trump is wreaking havoc on his party, jeopardizing Republican chances of taking control of Congress in the 2022 elections."

Writing that Democrats are unhappy that they failed to convict Trump on sedition charges following his second Senate impeachment trial, Shapiro went on to say that having Trump free to run for office again and warring with GOP leadership over the Republican Party's future is a blessing in disguise.

More importantly, he explained, a professed belief by some Republican lawmakers that Trump had the election stolen from him is keeping the party from taking a hard look at all the missteps on the 2020 election.

"While the Democrats have embarked on a major autopsy to analyze why the party fell short in seemingly winnable Senate and House races, Trump's stranglehold on the Republican coalition means that there has been no organized effort within the GOP to understand why the party lost the White House and the Senate in 2020," he wrote before elaborating, "Many Republican leaders are publicly clinging to the absurd position that the 2020 election was stolen. GOP voters are even more firmly rooted on Planet Irrational: A new Suffolk University/USA Today national poll found that 73 percent of Republicans believe that Biden was not legitimately elected."

That he explained, opens the door for Democrats to work to expand their Congressional majorities starting with the 2022 midterms.

"The cupboard is also empty when it comes to fresh conservative ideas. We are moving into our second decade of waiting for a workable Republican health care plan to replace Obamacare," he wrote. "Predicting congressional elections 20 months in advance is also a fool's game. But fidelity to Trump is, at minimum, complicating Republican efforts to win back the Senate."

Noting that Democrats still have their work cut out for them defending two Senate seats -- in Arizona and Georgia -- that may be vulnerable, Shapiro urged caution.

"This spectacle of reverent Trump worship should not send Democrats off in a burst of irrational exuberance," he wrote before suggesting, "With the Republicans in free fall ... the Democrats may be poised to prosper throughout the decade as a big-tent party."