'Act like adults!' GOP lawmakers face backlash for whining about fines for anti-mask stunt in House 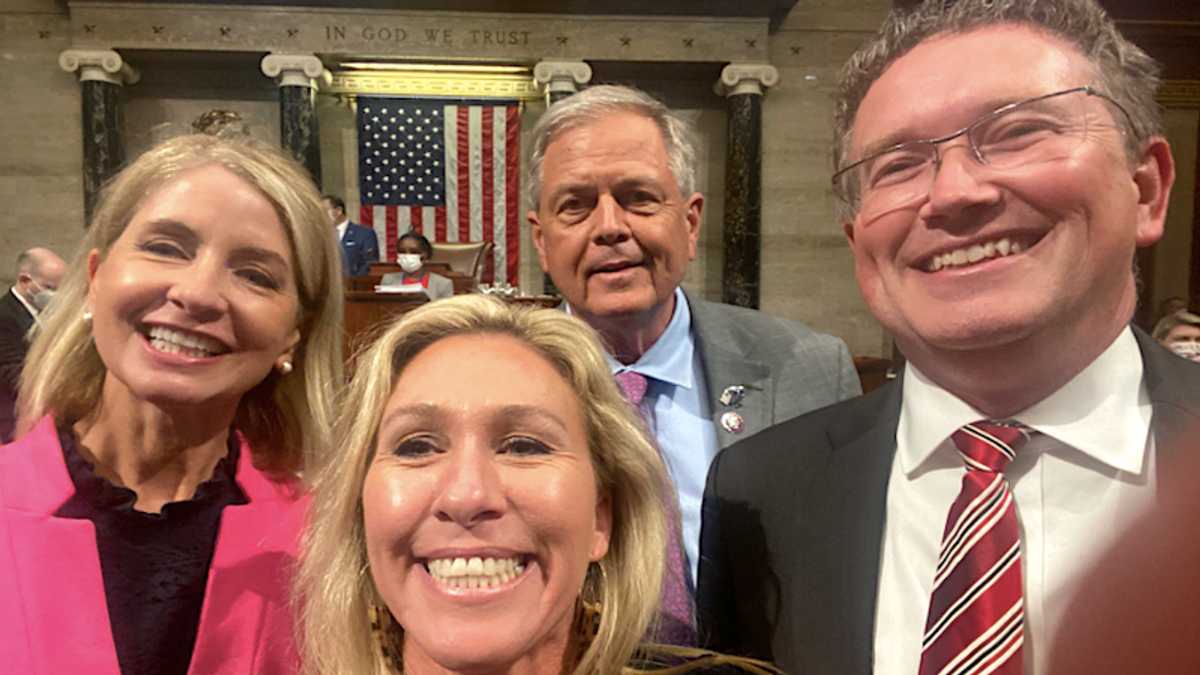 House Speaker Nancy Pelosi (D-CA) levied fines against Republican lawmakers who took a selfie this week in the House Chamber without masks on, and they faced backlash after whining about the penalty on social media.

The speaker issued $500 fines at the House physician's recommendation against Rep. Lauren Boebert (R-CO), Rep. Marjorie Taylor Greene (R-GA), Rep. Thomas Massie (R-K) and others, and they went on Twitter to complain about the unfairness of it all.

Their complaints didn't go over well.

@RepLisaMcClain @SpeakerPelosi The CDC says only *vaccinated* people can remove their masks. Given that only 97 Rep… https://t.co/0Feu2GvJ9X
— Charlotte (@Charlotte) 1621609712.0

@RepThomasMassie It says they haven't voted to change the rules, yet, and also that they don't want anyone who hasn… https://t.co/cB26fEIYlb
— Bryan Fisher (@Bryan Fisher) 1621606504.0

@replouiegohmert @LizMacDonaldFOX You’re allowed to go without it if you got vaccinated dummy! Half of the GOP in c… https://t.co/xTdGUbq7XS
— Julie (@Julie) 1621545870.0

@chiproytx @NateOnTheHill @SpeakerPelosi Amazing what you can do when you and everyone around you is vaccinated
— Adam Goldberg (@Adam Goldberg) 1621553971.0

@chiproytx @NateOnTheHill @SpeakerPelosi Amazing what you can do when you and everyone around you is vaccinated
— Adam Goldberg (@Adam Goldberg) 1621553971.0

The twin 5-4 decisions in favor of the Roman Catholic Diocese of Brooklyn and two Orthodox Jewish congregations were two of 10 decisions in the past year backing religious groups chafing under pandemic-related measures that forced them to close their doors or otherwise limit usual activities.

All 10 requests were granted via the court's "shadow docket https://www.reuters.com/article/legal-us-usa-court-shadow-video/the-shadow-docket-how-the-u-s-supreme-court-quietly-dispatches-key-rulings-idUSKBN2BF16Q" in which emergency applications are decided hurriedly and sometimes late at night in a process that critics have said lacks transparency.