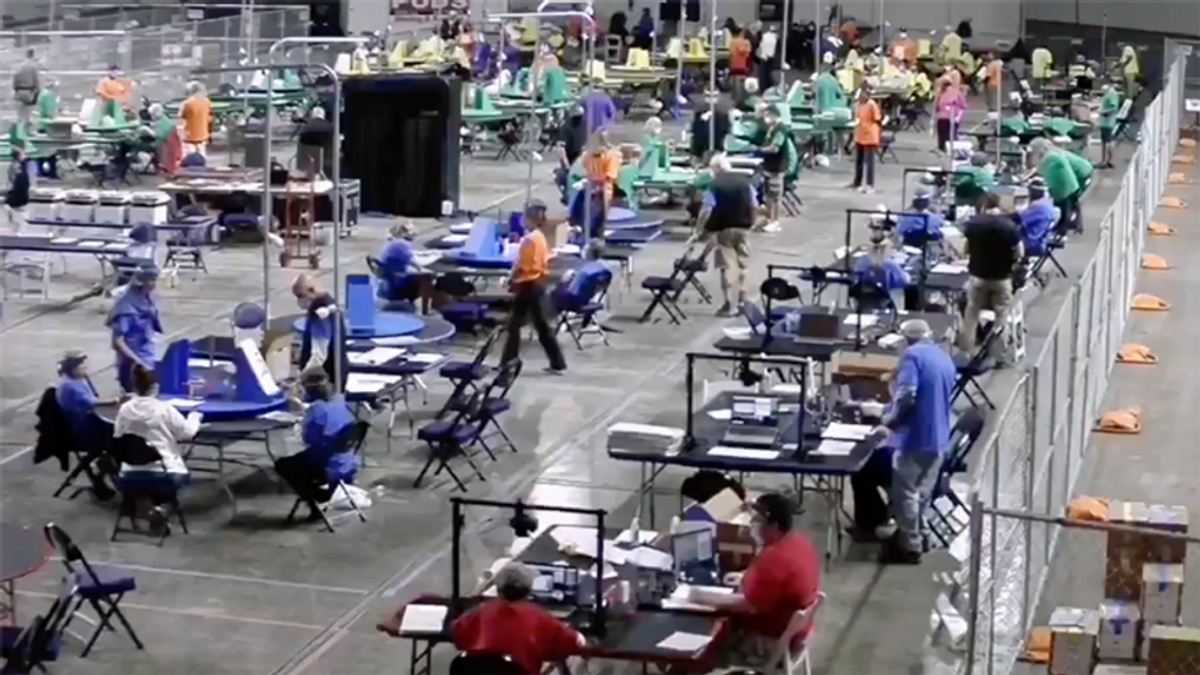 "Just stop indulging this. Stop giving space for lies," said Richer. "We found out about this latest accusation through the Arizona Senate's audit's Twitter account, which is anonymously run, just accusing me and my staff of unlawfully deleting evidence. That's not appropriate. And I called the Senate president and I said, did you want to accuse me of unlawful evidence? She wrote back that she did not have control over these accounts. What's going on and who are these people defaming us? I don't think they are professionals ... it is exhausting having to respond to every insinuation. I have no idea how long this will go on for."

"I don't care about the consequences," Richer added. "This has been a rude awakening to what politics have become. If I am not part of it four years from now, so be it. I can do other things that'll make me happy. I am tired of my people, who are good people, who are my friends, being defamed. It is not right."