BUSTED: Republicans who hate Biden’s pricey infrastructure plan were all for it when Trump proposed it 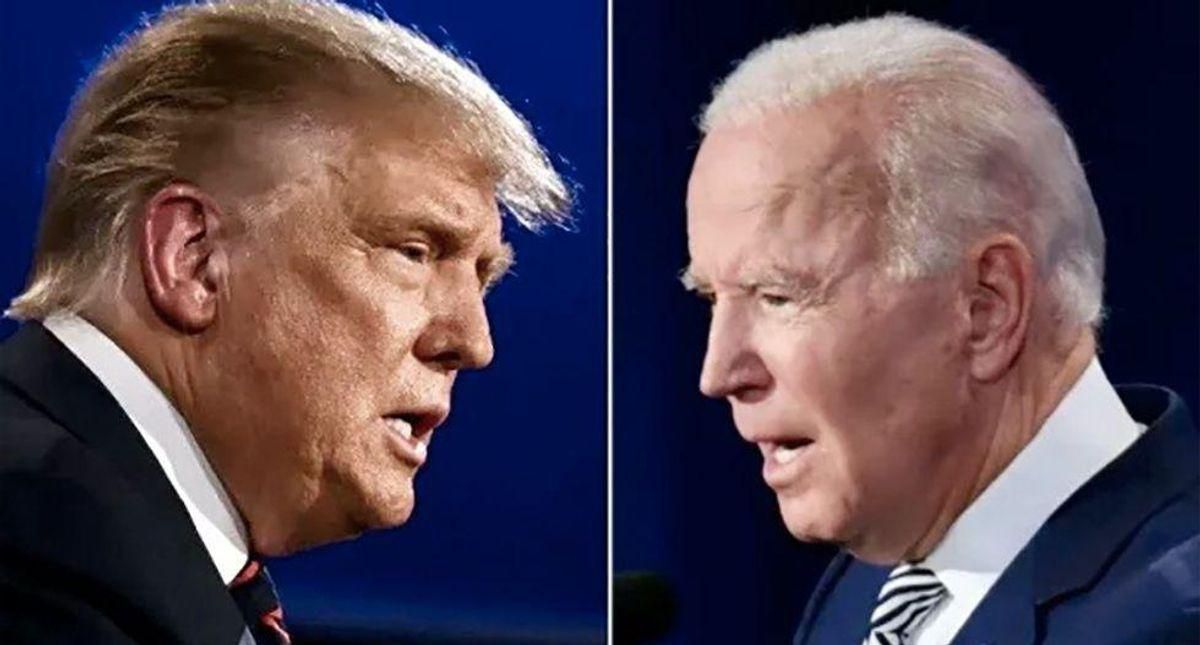 The New York Times reported Thursday that Republicans are gearing up for a fight against President Joe Biden's infrastructure and jobs plan that would total $2 trillion over ten years. However, many of the Republicans attacking Biden for the hefty price tag were fine when former President Donald Trump proposed his expensive $2 trillion plan.

The Times revealed that former aide to Vice President Mike Pence, Marc Short, has started a political organization, the Coalition to Protect American Workers, that will raise between $25 million and $50 million to kill the bill.

"When you are talking about tax hikes of this magnitude, I don't see there being any Republican support on the Hill," Short said.

But in 2018, when Trump was touting his expensive bill, Short was all for it. He claimed there is "bipartisan interest" in a massive bill — "perhaps as big as $1.5 trillion — to overhaul the country's aging roads, bridges, airports, tunnels and seaports," said RollCall. "That conclusion is based on his conversations with Blue Dog Democrats and several bipartisan caucuses on Capitol Hill," claimed Short at the time.

Trump never made it clear how he would pay for such a bill, either he would have to raise taxes or add the money to the deficit, both things Republicans theoretically oppose.

Rep. Sam Graves (R-MO) is in the same boat, telling the Times, "We cannot begin thinking of bills that spend trillions as the new normal."

He attacked Biden's plan as a kind of progressive wish list, the same comment they made about the COVID-19 stimulus bill.

But when Graves was approached about a hefty bill proposed by Trump, he was singing a different tune.

"We want to see it happen this year, sooner rather than later," Graves told Transport Topics on Jan. 10, 2018. "We're going to do everything we can to move it out of the House. I'm optimistic."

Graves then said that he expects Trump's plan would be "very broad."

"Obviously, the administration would like to see a trillion dollars worth of investment. We'll see if we can get there. That's a pretty tough lift," Graves said. "It is going to be a massive infrastructure bill, though."

When Trump approached House Speaker Nancy Pelosi (D-CA), she was eager to work with him on the project, ultimately agreeing to his $2 trillion price tag.

"I think we come back April 20, God willing and coronavirus willing, but shortly thereafter we should be able to move forward," Pelosi told reporters in April 2020.

Pelosi said of Trump's proposal she is "pleased the president has returned to his interest" in the issue. She called an infrastructure plan "essential because of the historic nature of the health and economic emergency that we are confronting."

Under Biden, she's consistent, saying that such an infrastructure plan "is a visionary, once-in-a-century investment in the American people and in America's future."

McConnell plans to gather his caucus in 100 percent opposition.