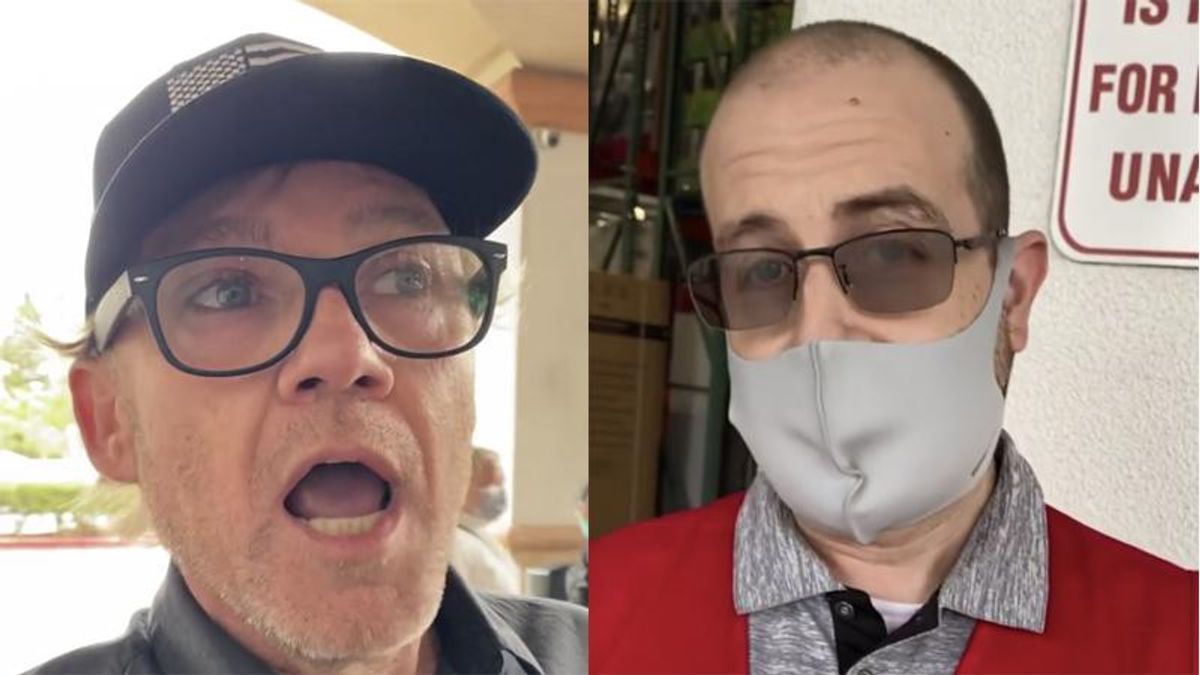 After badgering Jason, the former actor filmed himself encouraging everyone to demand a membership refund from Costco until they allow maskless customers to enter, as another employee patiently hands him proof of his refund while he continues to rant.