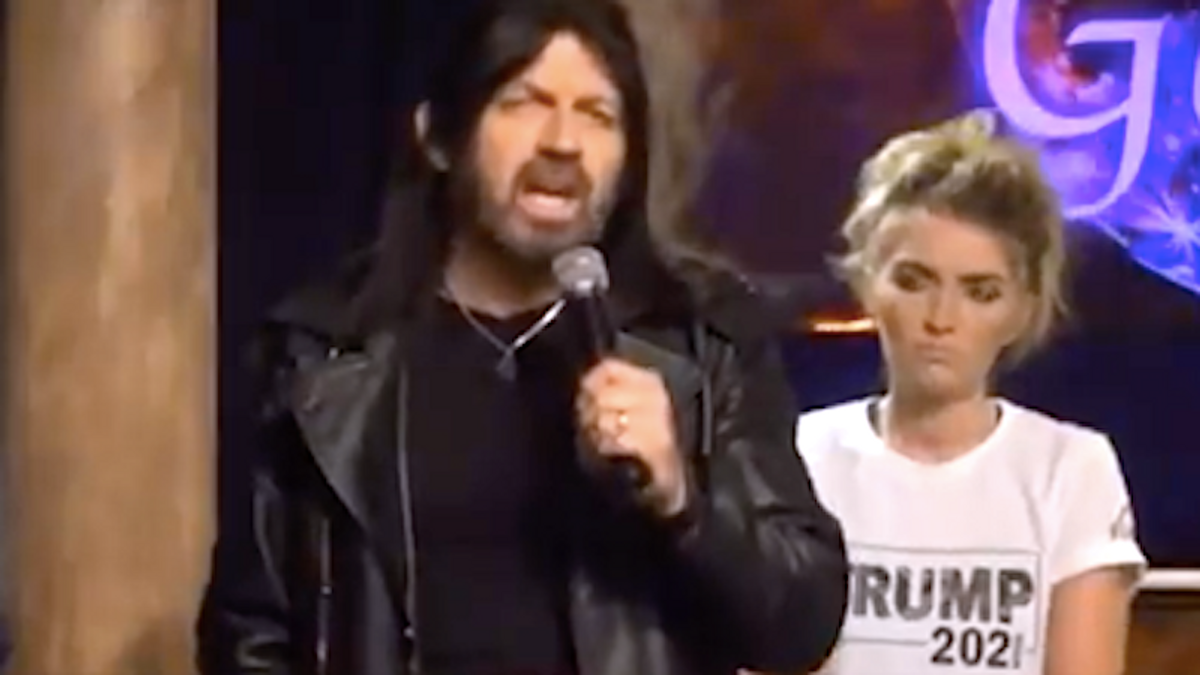 A right-wing Alabama pastor urged his followers to repent and God would undo the effects of the coronavirus vaccine they'd taken.

Self-proclaimed "prophet" Robin Bullock, pastor of Church International in Warrior, called on Christians to pray for the vaccine to stop protecting them from the potentially deadly COVID-19 as the new delta variant surges in his state, which has the fewest fully vaccinated residents in the country, reported Right Wing Watch.

"There are some who took that vaccine, and you are very concerned whether you will live or whether you will die as time takes its toll," Bullock told his congregation. "The Lord said, 'Reach out to me today and I will neutralize its effects inside your bloodstream."

Only 33 percent of Alabamans have been fully vaccinated so far, but the state Department of Health reported this week that only 20 fully vaccinated people -- or 4 percent -- are included among the 529 COVID-19 deaths in the state since April 1.

Other states have reported similar rates, with nearly all new hospitalizations and deaths from COVID-19 being unvaccinated people since the shots have become widely available, and Alabama health officials are worried the new variant will tear through the state's sizable portion of unprotected residents -- even if they've already been infected.

"We're at the cusp of starting to see waning immunity in our community, natural immunity if you got infected and never got a vaccine," said Dr. David Hicks, deputy director of the Department of Health in Jefferson County, where Bullock's church is located. "We're seeing a more contagious variant strain picking up pace, that's the Delta variant in Alabama, plus we have relatively low vaccination rates compared to the rest of the United States that's a cocktail for disaster."

Bullock incorrectly predicted that Donald Trump would win re-election and has told his followers that it's a "sin" to pray for President Joe Biden.

"You're going to have to pray for the rightful president, whether he wants to walk back into this or not," Bullock told his followers in March, promising their prayers could return Trump to the White House. "You must pray that he wants to do it because God won't make him do anything. Is it his will? Yes. Is he the president? Yes. That's why he could just walk right back in, and God will supernaturally move things out of the way."