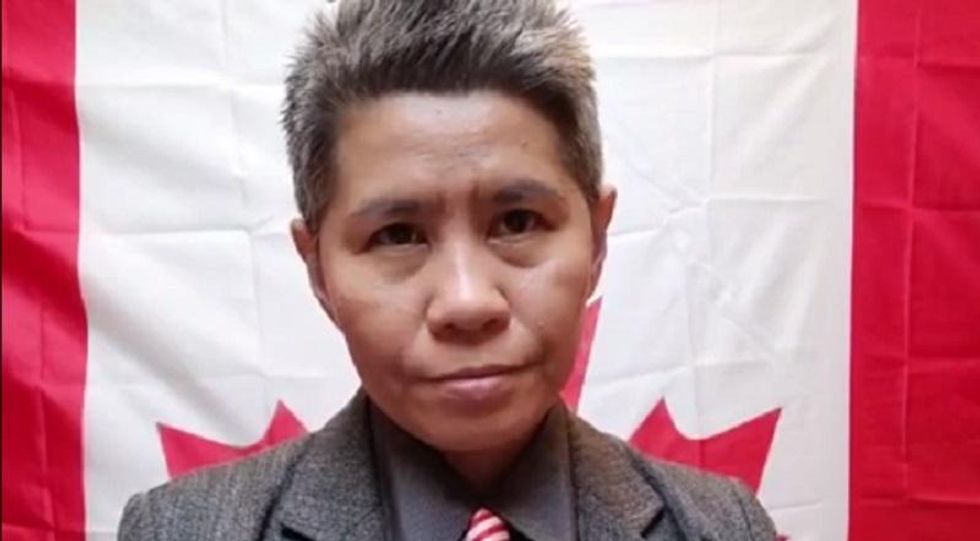 A justice of the peace said Didulo had been served a search warrant on Nov. 27, and two days later she said in a YouTube video that she had been taken by police to the Royal Jubilee Hospital in Victoria for a mental health evaluation, which she claimed was an abuse of the province's mental health act.

“If ever I was to disappear next time," Didulo said, "you know that I would be with the national integrated national-security enforcement team."

Didulo said police had detained her for questioning about Telegram posts encouraging her followers, who she calls "duck hunters," to murder anyone who gave the COVID-19 vaccine to children and young adults.

"Shoot to kill anyone who tries to inject children under the age of 19 years old with Coronavirus19 vaccines/ bioweapons or any other vaccines," she said in the post, although she later amended her order to "arrest" anyone giving the vaccine.

IN OTHER NEWS: 'Big warning signs' for indicted Capitol rioters after a Wednesday court hearing