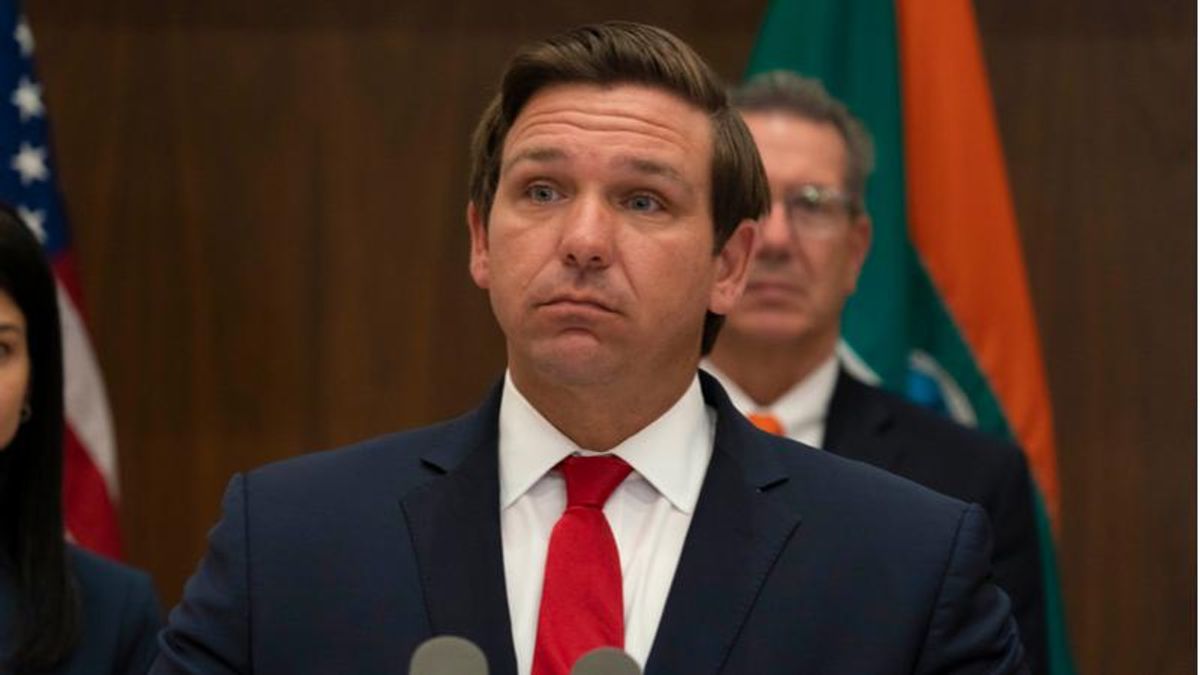 Donald Trump could be in real trouble back in New York, where he lived and worked most of his life -- and the former president's allies are hoping the governor in his new home state will bail him out.

Manhattan district attorney Cy Vance Jr. has cranked up the heat on his investigation into Trump's dealings before his tenure ends, and he'll likely be forced to decide whether to charge the twice-impeached one-term president before leaving office -- but Trump allies see a possible out, reported The New Yorker.

"Among his social circle in Palm Beach, speculation abounds that Florida's Republican governor, Ron DeSantis, an ally, might not honor an extradition request from New York if a bench warrant were issued for Trump's arrest," reported the magazine's Jane Mayer.

Trump has managed to skate on a number of alleged crimes and misdemeanors -- including two House impeachments in just over a year -- but legal experts say he might not be able to defy an extradition order, with or without help from DeSantis, who did not respond to a request for comment on the report.

Extradition is a constitutional duty, according to Dave Aronberg, the state's attorney for Palm Beach County, and a governor's role in the process is "ministerial" -- although he conceded nothing was certain where Trump was concerned.

"You know what? I thought Jan. 6 would go smoothly," Aronberg said. "Congress' role was just ministerial then, too."
SmartNews
Report typos and corrections to: corrections@rawstory.com.
READ COMMENTS - JOIN THE DISCUSSION