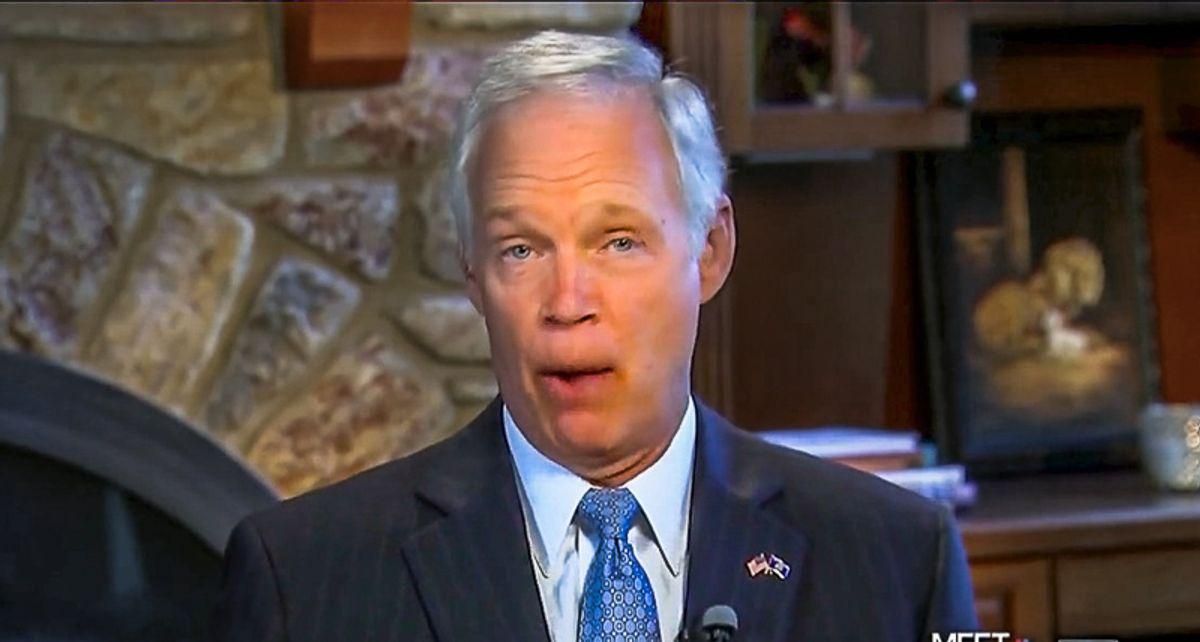 Critics of Sen. Ron Johnson (R-WI ) had a field day on Sunday night over an interview the controversial Republican gave to a local TV station about the naming of Greenland to make a point about climate change.

In the interview, reported by the New York Times, Johnson suggested , "You know, there's a reason Greenland was called Greenland. It was actually green at one point in time. And it's been, you know, since, it's a whole lot whiter now so we've experienced climate change throughout geologic time."

As the Times notes, "In the interview on Thursday, Mr. Johnson was still misinformed about the etymology of Greenland, which got its name from the explorer Erik the Red's attempt to lure settlers to the ice-covered island," adding Johnson continued, "I could be wrong there, but that's always been my assumption that, at some point in time, those early explorers saw green. I have no idea."

Those quotes, along with a GOP operative who worked on his first campaign describing to the Times his "muscular ignorance" led to a deluge of jokes about Johnson with one critic calling the Wisconsin senator a "gullible rube."

@DanielBice The Blue Ridge mountains suffer from depression, which is how they got their name. — Ron Johnson, maybe
— Walter Shaub (@Walter Shaub)1616412057.0

@DanielBice You don't find people this dumb just walking down the street. No, you have to make a concerted effort t… https://t.co/A5iijSsOVN
— Timothy Lee (@Timothy Lee)1616413595.0

@DanielBice I heard that Greenland was named Greenland because the name Iceland had already been taken.
— Dave Ball (@Dave Ball)1616413459.0

@DanielBice Until he married into money and a business to run he sold college rings. He's not the sharpest tool. Vo… https://t.co/3qqOiDKYka
— Paul Hill (@Paul Hill)1616414822.0

@DanielBice In his defense, fourth grade facts are super hard to remember when you spend your entire career trying to defund education.
— Matti Owens (@Matti Owens)1616388770.0