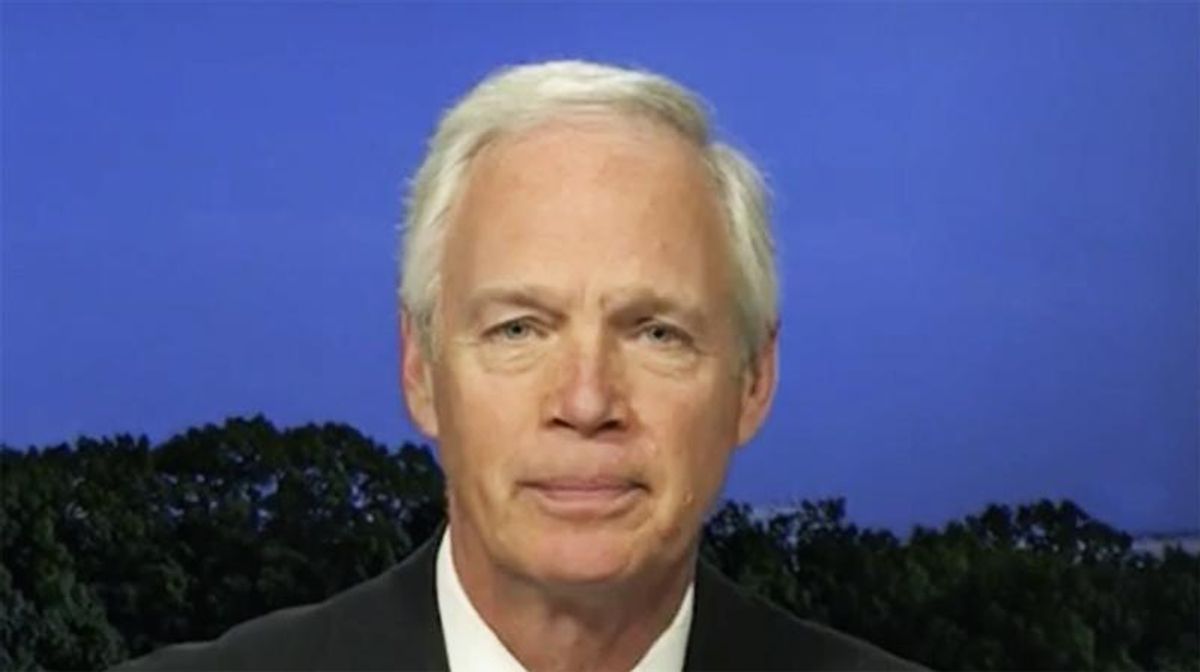 Sen. Ron Johnson (R-WI) was scorched on CNN on Monday morning over his comments made on Fox News that it is wrong to call the January 6 riot an "armed insurrection" and that the rioters behaved themselves.

Speaking with Fox News personality Mark Levin, the Wisconsin Republican claimed, "I think it's extremely important to create an accurate historical record of exactly what happened so the false narrative of thousands of armed insurrectionists doesn't last," before adding the participants were in a "jovial mood" and telling the host, "They weren't rioting,. It doesn't look like an armed insurrection when you have people that breach the Capitol, and I don't condone it, but they're staying within the roped lines in the Rotunda. That's not what armed insurrection would look like."

Before sharing the clip of the interview, host John Berman began the segment by stating, "Senator Ron Johnson says stuff that isn't true about the Capitol insurrection -- that could be a recurring segment on the show, but it would be an offensive one."

"Look, just because we have heard this before doesn't mean it shouldn't still outrage you, because this is a U.S. senator who is trying to normalize an attack on our democracy," Avlon began. "You can't tell the difference between tourism and terrorism --."

"He can tell the difference," host Berman interjected

"He's clearly playing to the base or the echo chamber ecosystem he's in and has twisted his mind to deny what he saw," Avlon continued. "What do they need to see? Did they actually need to hang Mike Pence, need to come for him personally?"

Getting in his two cents, host Berman added of Johnson, "Either demented, lying, or both -- all of the above."