‘This is a big deal’: Legal experts detail the significance of search warrants targeting Giuliani 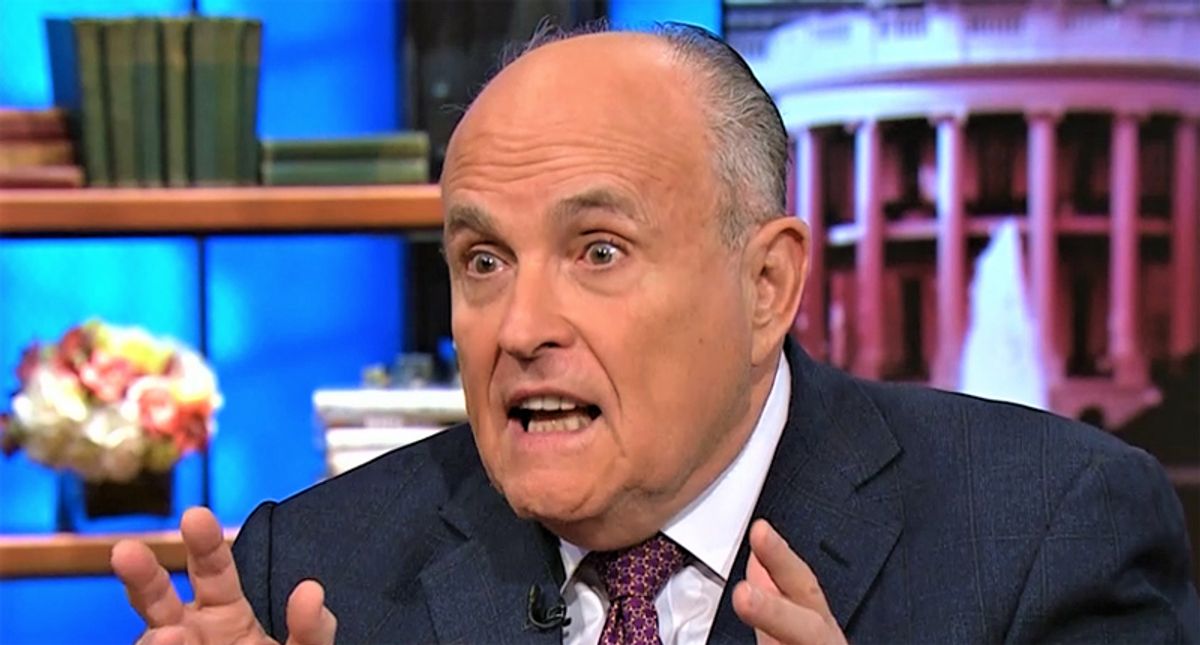 A pair of legal analysts agreed that the raid on Rudy Giuliani's apartment was a significant step in the criminal investigation into his dealings in Ukraine while serving as Donald Trump's attorney.

CNN legal analysts Elie Hoenig and Laura Coates on Wednesday said the search warrant against the former president's personal attorney was highly significant, and they said it could cover a broad range of potential crimes.

"This is a big deal," Hoenig said. "It tells me this investigation is live and ongoing. Three things have to happen here. First of all, prosecutors have to make a case and put together a document explaining why there's what we call probable cause to believe that a crime was committed and there will be evidence of the crime found in the location, here in Rudy Giuliani's residence. Second of all, this would have to be approved by the highest levels of [the Department of Justice], up to and including the deputy attorney general and possibly the attorney general because this involves the search of an attorney, which is sensitive, and a sensitive person, who was the attorney for the prior president, and the prior DOJ under Bill Barr said no. Finally, that document asking for approval has to go over to a federal judge in the [Southern District of New York], and agree, yes, prosecutors, you established probable cause there was a crime committed and you will find evidence of that crime committed in Rudy Giuliani's residence."

It's not clear exactly what crimes prosecutors want investigated, but Coates said they could find evidence leading to a wide range of possible charges.

"The world is their oyster at this point in time," Coates said. "You are talking about the idea of looking through all the documents and electronic devices, as well, and they could have an expensive investigation, and we know about the idea of failing to register as a foreign agent, and there could be statements where some are cooperating with the SDNY to give them information to say here's why you have the probable cause to believe that these particular documents will be there. This has been a long time coming, and there's been opportunity for Rudy Giuliani to do away with the information, and of course, he himself is an attorney, and I would like to extend the benefit of the doubt to a fellow colleague to say he would not try to do away with evidence, and here they are looking for everything. A judge is not going to just sign off because there's a hunch. There has to be some specificity about a particular document or set of documents and particular evidentiary objects as well, and they are looking at cell phones, laptops and computers and look for things that other people have said will be there."

"At this point in time," she added, "the next thing to look at is whether or not the former president will try and step in in some way with his counsel and assert some sort of privilege if he believes anything on those documents or devices might implicate him or attorney-client privilege."