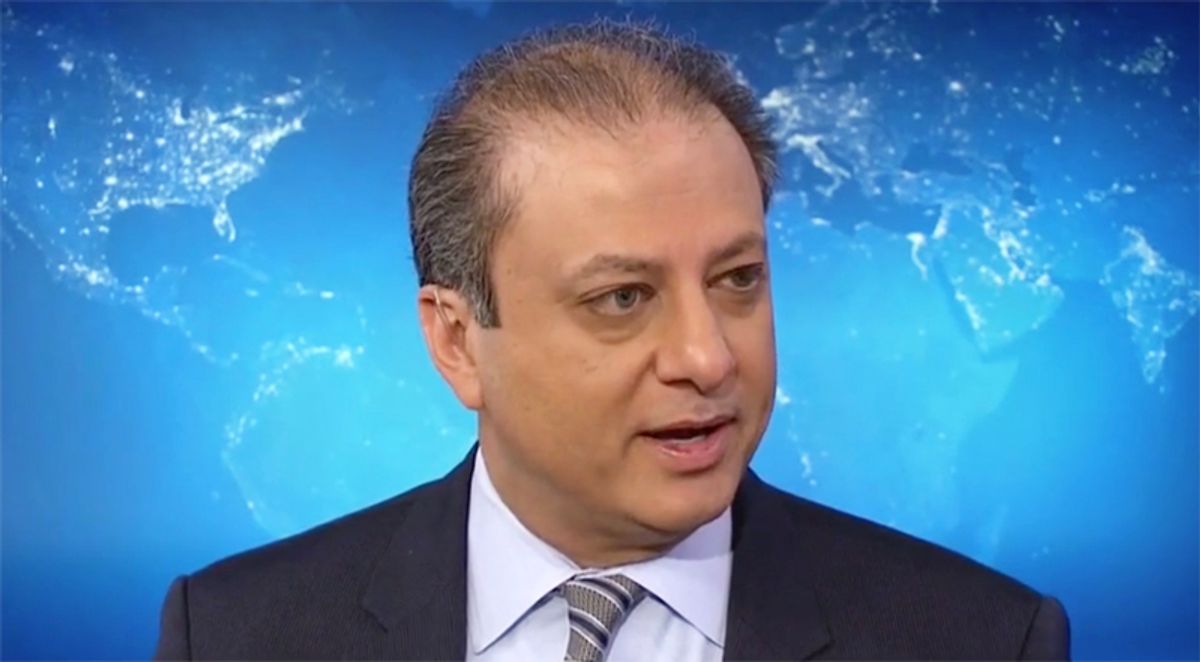 "That's a very difficult question to answer. We're not even at the point where he's been charged," said Bharara. "We saw ... Trump's former lawyer Michael Cohen never was tied up by the Southern District of New York. He made it clear he wanted to help, but perhaps they didn't trust his willingness. Giuliani would have to come clean about not just himself, but members of his family, political allies and Donald Trump and everyone else and not everyone, even if you want to save your own skin, is up to that task. It's a significant thing to do. Rudy Giuliani seems to have changed a lot in the last period of years, so — and he's unpredictable in some measure."

"You're suggesting he might not be credible anymore as a witness against Trump, were anybody trying to push him to — to do so, and yet I can easily imagine prosecutors in New York or Georgia or D.C. or wherever thinking of Trump as a big get. Don't you think?" said Tapper.

"Yeah, no, absolutely," said Bharara. "Look. Giuliani has been quoted with that remark ... saying 'I have insurance' in the context of good-faith listeners suggesting that he has information about Donald Trump. What else would he have been talking about when he referred to insurance in that context?"

Preet Bharara suggests Rudy Giuliani may not be credible to prosecutors if he flips on Trump www.youtube.com