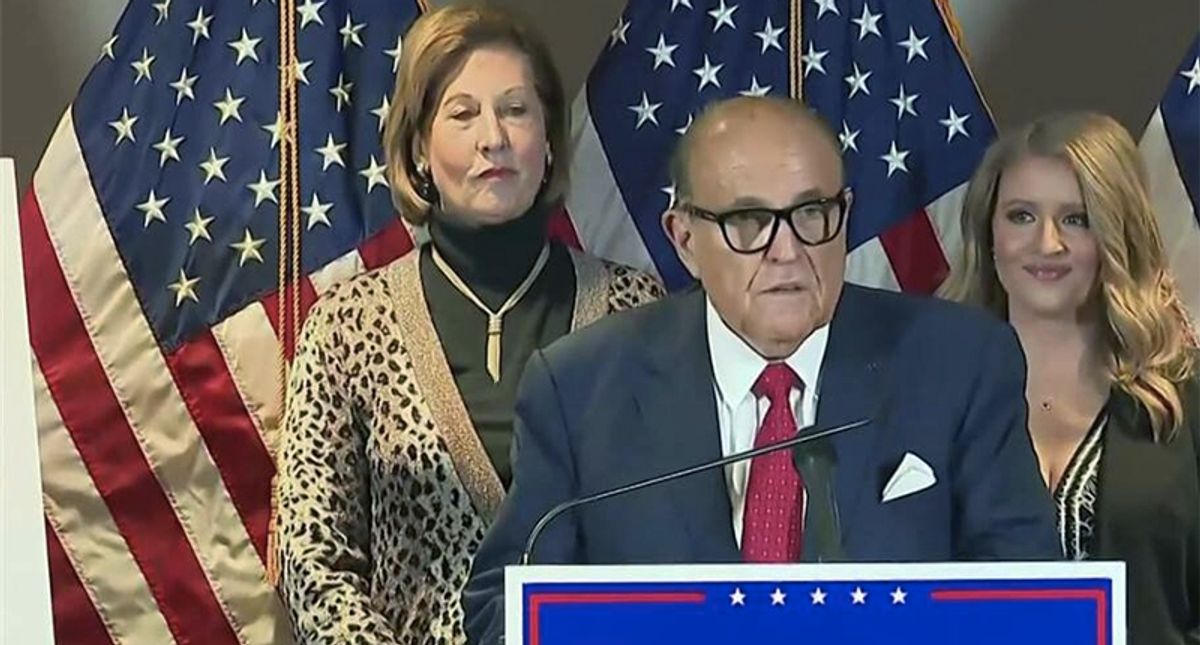 Rudy Giuliani has culpability for both of Donald Trump's impeachments, according to White House officials, The New York Times reported Thursday.

"White House officials are universally angry with Mr. Giuliani and blame him for both of Mr. Trump's impeachments. But the president is another story," the newspaper reported. "Even as he complains about Mr. Giuliani's latest efforts as fruitless, the president remains unusually deferential to him in public and in private. 'Don't underestimate him,' Mr. Trump has told advisers."

"The on-again, off-again tensions are a feature of a decades-long, mutually beneficial relationship between the former New York City mayor from Brooklyn and the former real estate developer from Queens. Although the two were never particularly close in New York, Mr. Trump enjoyed having the former mayor as his personal legal pit bull during the special counsel investigation into his campaign's ties to Russia," the newspaper reported. "Mr. Trump deployed Mr. Giuliani on politically ruinous missions that led to his impeachment — twice. Now, isolated and stripped of his usual political megaphones, the president faces the devastation of his business and political affairs for his part in encouraging a pro-Trump mob that went on to attack the Capitol on Jan. 6."

But Trump conveyed a message defending Giuliani, after being banned on Twitter.

"Mr. Giuliani — who, for his part, encouraged a group of the president's supporters that day to carry out "trial by combat" — is one of few people still willing and eager to join Mr. Trump in the foxhole. While most lawyers are reluctant to represent the president in a second Senate impeachment trial, Trump advisers said Mr. Giuliani remained the likeliest to be involved. Despite President-elect Joseph R. Biden Jr.'s certification as the winner, Mr. Giuliani has continued to push unproven theories about the election results and falsely attributed the violence to anarchists on the left," The Times reported.

Nearly everyone in the White House blames Rudy for not one but two impeachments of Trump. Everyone but Trump, with… https://t.co/EKBN6jnGB4
— Maggie Haberman (@Maggie Haberman)1610673700.0