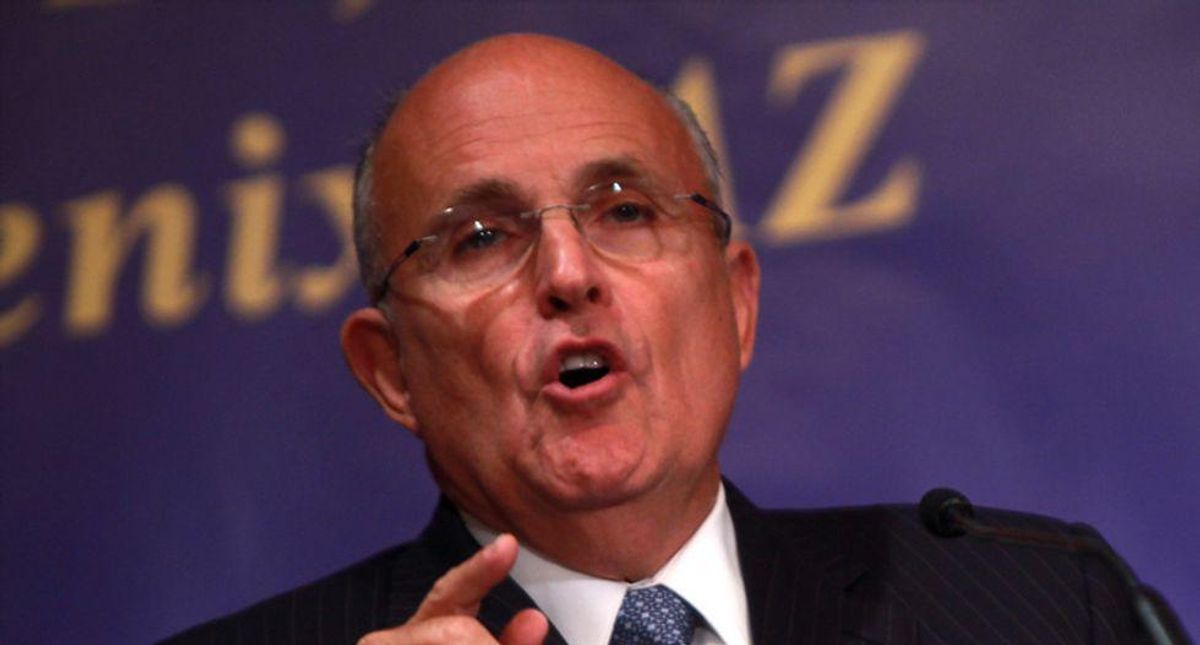 The strange exhibit comes as the letter also disputes federal investigators obtaining evidence in the case after a raid on Giuliani's office and home.

It was also revealed in the documents that the search on Giuliani's iCloud was done on Nov. 4, 2019, under Attorney General Bill Barr's leadership at the Justice Department.

Giuliani's lawyers also argued that if it becomes public that the SDNY thought in 2019 that he might destroy evidence or intimidate witnesses then it would damage his reputation. Ironically, they said this in a public document, tweeted legal analyst Marcy Wheeler.

She also noted that the word "president" appears in Giuliani's document 29 times.

In one section of the filing, there are redactions that Wheeler said "would seem to suggest SDNY is investigating whether these people are unregistered agents of Dmitro Firtash."

These redactions would seem to suggest SDNY is investigating whether these people are unregistered agents of Dmitro… https://t.co/EAjCPPdJwm
— emptywheel (@emptywheel) 1621267655.0