'Drunken’ Giuliani kept wiggling back into Trump’s inner circle after getting pushed out for creating havoc: Michael Wolff 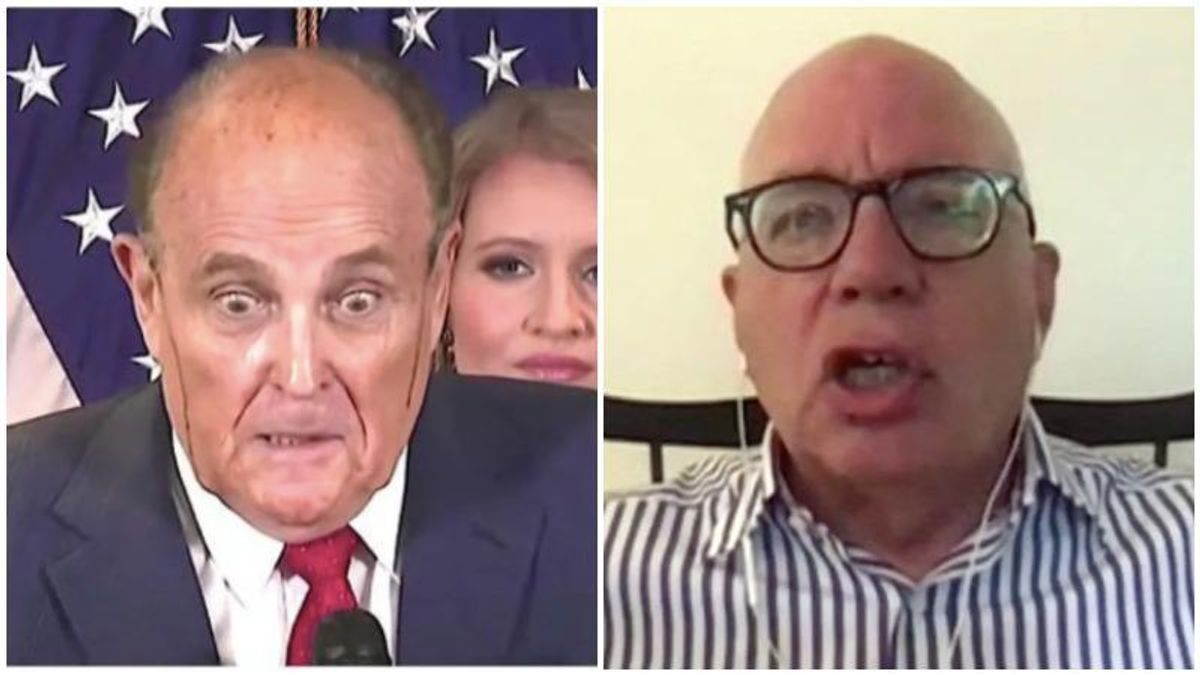 Rudy Giuliani kept worming his way back into former president Donald Trump's inner circle over the objections of White House officials and aides, according to a new book.

Author Michael Wolff told C-SPAN that Trump advisers were concerned about Giuliani's influence over the president during the post-election period, when the former New York City mayor was challenging the results in court and on television.

"I think a lot of the people around the president -- for one thing, they were always trying to keep him out, so that was one of the priorities of the Trump White House, or the people who worked for the president, was to keep Rudy out," said Wolff, whose new book, "Landslide," is due out next week. "They didn't trust him for a full array of reasons, among them his drinking, his incredible disorganization, the fact that he would say almost anything that the president wanted to hear, essentially his desperation to do anything to be back in the spotlight."

Trump allies blame Giuliani for his first impeachment and other scandals, and they tried to keep him away from the president.

"There was a real -- you know, a real guard against -- posted to keep Rudy out," Wolff said. "But a combination of factors, mostly having to do with the fact that the president is always looking for someone to say what he wants to hear, and at the end of the day, after it had become clear to everyone around the president that he had lost the election, and this was clear -- the election was on Tuesday, so by Friday the results of the election were pretty much clear to everyone. At the end of the day, only Rudy was willing to say to him, 'No, Mr. President, you actually won the election, and they had just stolen it from him.' That is how Rudy, largely a drunken Rudy, came back into the White House."

However, he said, the relationship between former president and his personal attorney has soured since leaving the White House.

"They don't speak," Wolff said. "Rudy is not even allowed to call the president. This has happened multiple times over the last four years. Rudy is allowed in, makes a mess, and then it is pushed back out. Also, Rudy wants money from the president, so no matter who you are, how loyal you have been, how much in your debt the president might actually be, once you start demanding that he pay you, then his mood changes."