Bob Brigham
Former New York City Mayor Rudy Giuliani taking a photo of the audience while on stage at a political event. Photo by Gage Skidmore.

The document discussed daily talking points and pre-written tweets. And it discussed how it would spread its message via conservative influencers like Ron Watkins, who is suspected to be the mysterious Q behind the Q Anon conspiracy theory.

In the "big names" section of the document are Candace Owens, Charlie Kirk, Ben Shapiro, Dave Rubin, and "The Majority Report (Sam Seder)."

Seder, a progressive, first started airing the show with then-co-host Janeane Garofalo in 2004 on the progressive Air America radio network. It has continued to broadcast online following the network's demise.

As his name looked extremely out-of-place, Raw Story reached out to Seder for comment.

"I would imagine it's a function of the utter incompetence which was on display throughout the Trump Presidency," Seder said.

"It also seems possible that because The Majority Report consistently challenges conservatives on their own turf that we have made inroads with their audiences. But incompetence is probably the best explanation- that and that I am generally more influential than Steven Crowder," he argued. 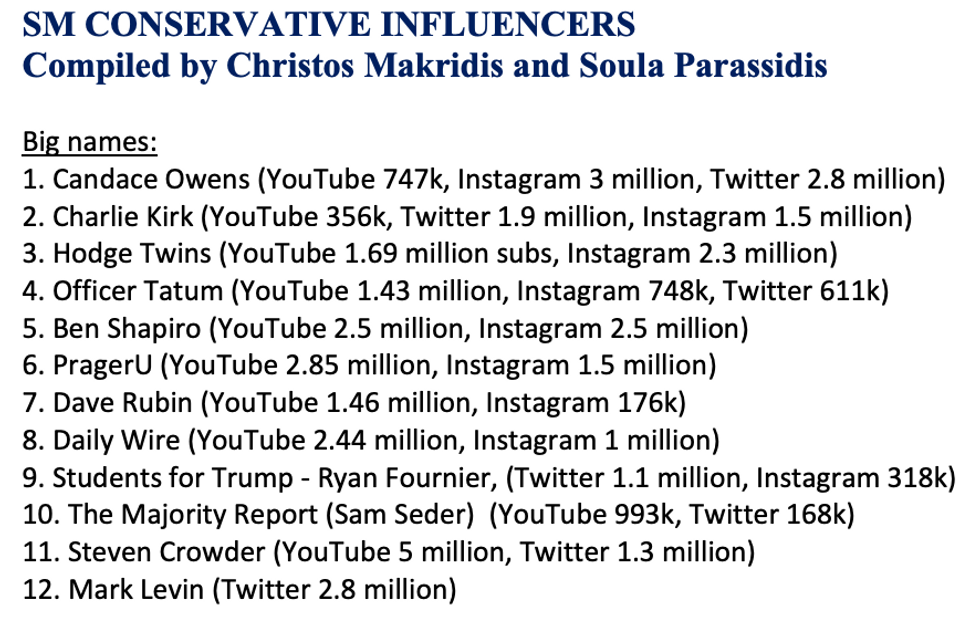 Raw Exclusives SmartNews
Report typos and corrections to: corrections@rawstory.com.
Like this article ? Text `Support` to 50123 to donate.
READ COMMENTS - JOIN THE DISCUSSION