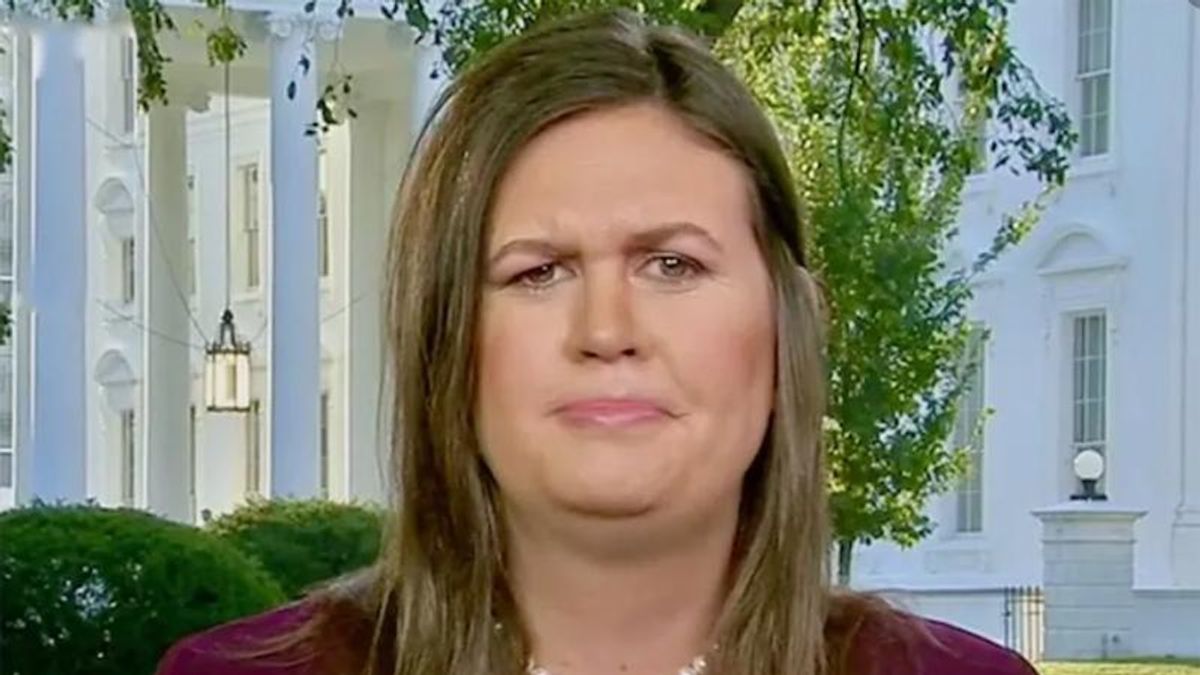 According to a report from Newsweek, former White House press secretary Sarah Huckabee Sanders is still being schooled by one of her former teachers after she complained about conservatives having their 1st Amendment rights infringed by Twitter.

On Saturday, Huckabee Sanders -- who is reportedly considering a run for political office in her native Arkansas -- complained on Twitter that she had lost over 50,000 followers on Twitter after the social media company shut down multiple QAnon accounts for inciting violence with conspiracy rumors.

According to the former Donald Trump spokesperson, "I've lost 50k+ followers this week. The radical left and their big tech allies cannot marginalize, censor, or silence the American people. This is not China, this is United States of America, and we are a free country."

Her tweet, in turn, prompted one of her high school teachers to reach out and correct her.

"You were a student at Little Rock Central High when I taught AP Government there, but you didn't take the advanced class," wrote Dana D. Deree. "If you had, maybe you would better understand the First Amendment and the difference between limits on government and freedoms for private individuals."

Adding insult to injury, the teacher added in a separate tweet, "I've taught Sunday School too. You didn't learn those lessons either."