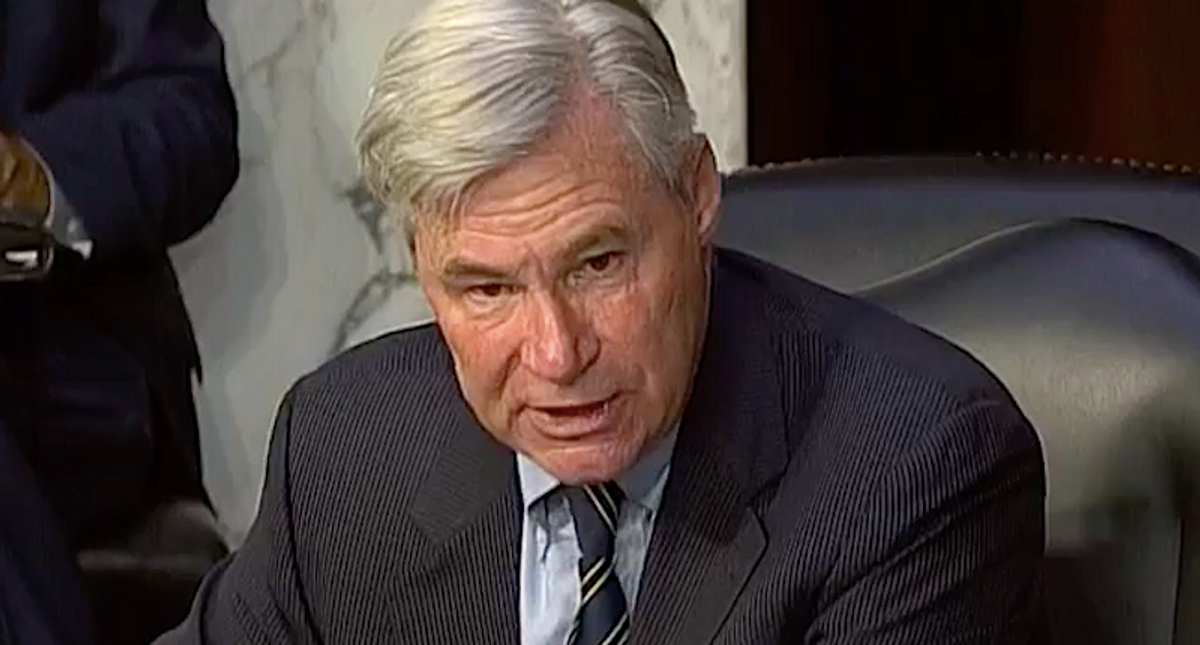 In an interview with The New Republic, Sen. Sheldon Whitehouse (D-RI) outlined the necessity of holding the Trump administration fully accountable for its abuses of power — and some of the steps he is taking to pressure Biden administration officials to expose and punish those abuses.

One thing he is pressing the administration on, he noted in the interview, is the Trump Environmental Protection Agency's suppression of scientists.

"We're trying to press the Biden administration to put some effort into this," said Whitehouse. "I had Michael Regan, the EPA administrator, in the [Environment and Public Works] committee today and was asking him about their plan to look at the manipulation of science and the removal of scientists and all of that. He conceded that they were only looking at who, what, where, when but not looking at why. I told him, 'If there's a common cause for this stuff and you don't pursue that, you're not doing your job.'"

Whitehouse, who interviewer Ankush Khardoni noted raised similar warnings about ignoring the misconduct in the Bush administration in 2009, has also been a particular watchdog of Republican designs on the Supreme Court, bringing attention to GOP special interests' efforts to spend money in favor of court appointments that will get them favorable rulings.