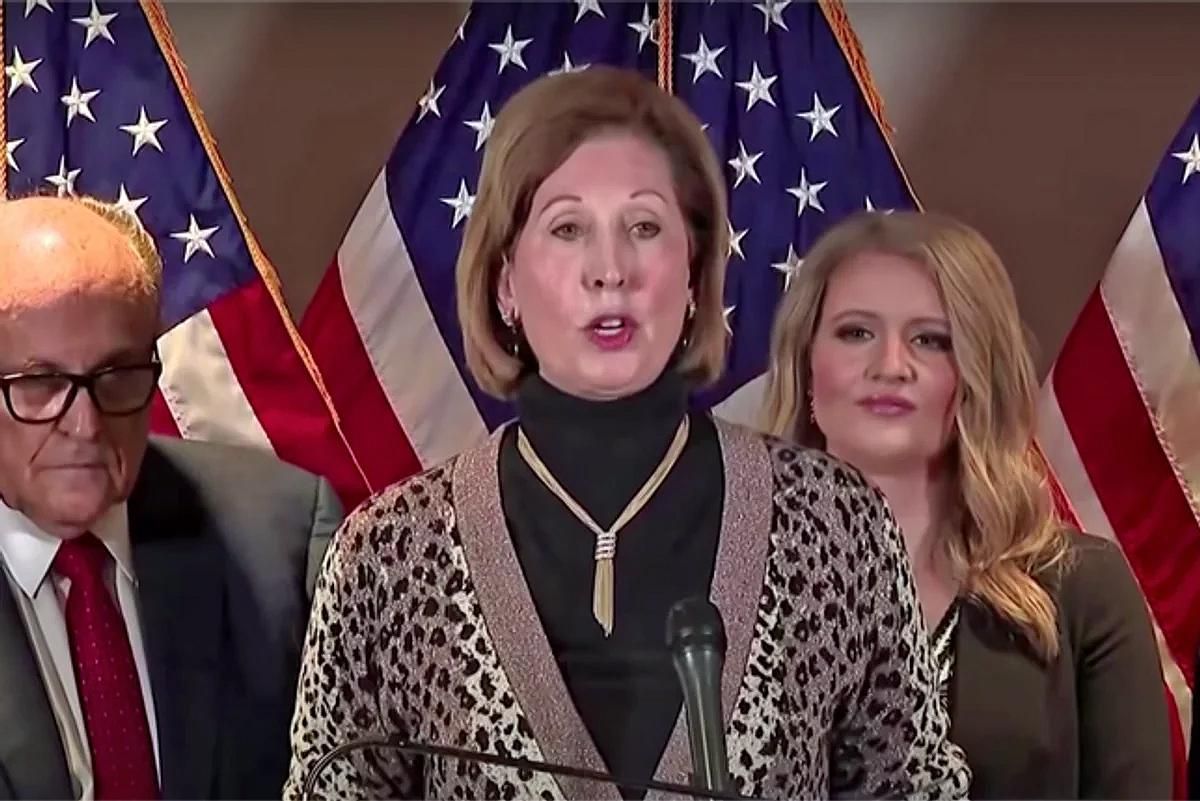 Trump has thought about naming Powell as a special counsel to investigate election fraud in his final month of office. Former federal prosecutor Joyce Vance explained on MSNBC Sunday that it isn't possible.

"Picking a special counsel isn't like nominating an inquisitor at Hogwarts," she said.

According to Haberman, yesterday, Rudy "Giuliani joined the discussion by phone initially, while Ms. Powell was at the White House for a meeting that became raucous and involved people shouting at each other at times, according to one of the people briefed on what took place."

But on Sunday, Powell was back.

"She was once again pitching an executive order on seizing voting machines to examine them, per a person with knowledge of the meeting. Unclear if POTUS is planning to go along with it."

The former CEO of Overstock.com was also present.

Confirming what @JDiamond1 saw, that Sidney Powell was back in the White House tonight. She was once again pitching… https://t.co/SPx8uC3cBE
— Maggie Haberman (@Maggie Haberman)1608518001.0

Fixing after autocorrect fun - I had missed this earlier but the Overstocked CEO was also present for this Friday m… https://t.co/f51sFoThRA
— Maggie Haberman (@Maggie Haberman)1608518627.0