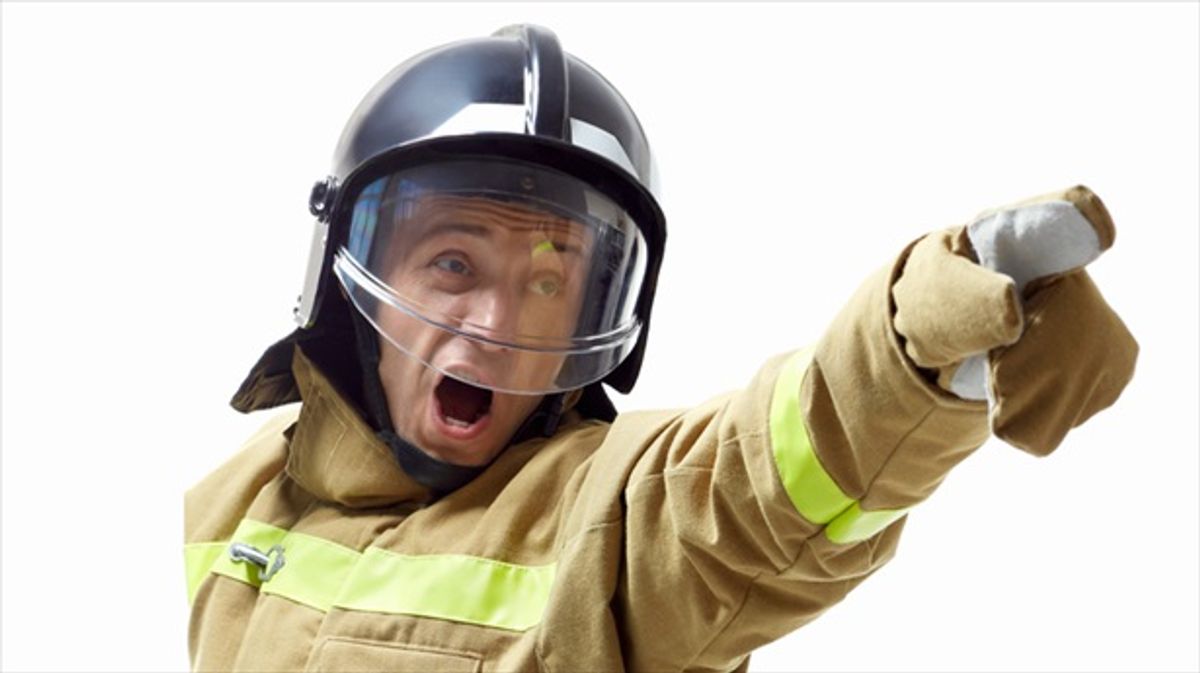 'Screaming firefighter in uniform on a white background' [Shutterstock]

Bizy Bees Bakery's Rachel Spille tells the Enquirer that the man eventually relented and put on a mask, but he continued complaining about the policy and made false claims about the effectiveness of masks.

"He said, 'I'm a fireman so I know for a fact they don't work' and kept arguing relentlessly with me," she said.

The man then pointed to an exposed electrical cord in the front of the store as a potential fire code violation and warned the bakery that it needed to get its act together.

Spille says she thought he was making a flippant remark until a fire inspector showed up a week later and ordered the bakery to make $10,000 worth of repairs to be in compliance with fire codes.

"If this person reporting us was a firefighter and was concerned about safety violations, he could have told us instead of reporting us and trying to get us fined," Spille tells the paper. "I couldn't believe someone who's a fireman is willing to go into somebody's establishment and argue about not wearing a mask. I don't think someone with that kind of attitude should work in public service."