The official Twitter account for U.S. Customs and Border Protection operations in the West Texas region pushed an argument by controversial former Trump aide Stephen Miller that America no longer has constitutional government.

"The media’s greatest power is its ability to frame what is a dire national crisis (eg 'cops are racist' summer ‘20) and what is not. Biden’s eradication of our border means we are no longer a Republic—he’s ended nearly 250 years of constitutional government. The media is silent," Miller argued in one of the tweets CBP West Texas retweeted.

"Violent criminals lay waste to our communities undisturbed while the immense power of the state is arrayed against those whose only crime is dissent," Miller said in another tweet retweeted by CBP West Texas.

"The law has been turned from a shield to protect the innocent into a sword to conquer them," Miller claimed.

Since leaving the White House at the end of Trump's single term, Miller founded American First Legal, which claims it is, "turning the legal tables on the radical activist left." 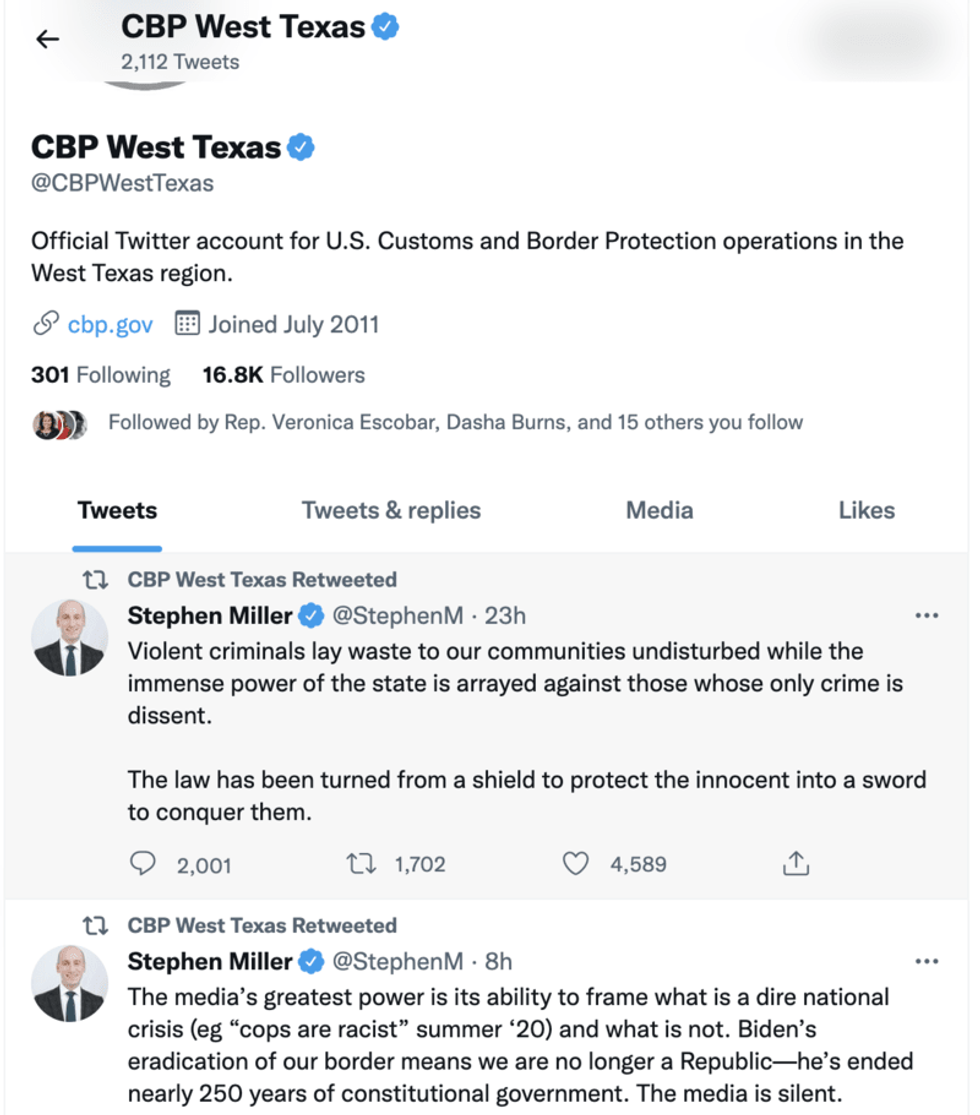