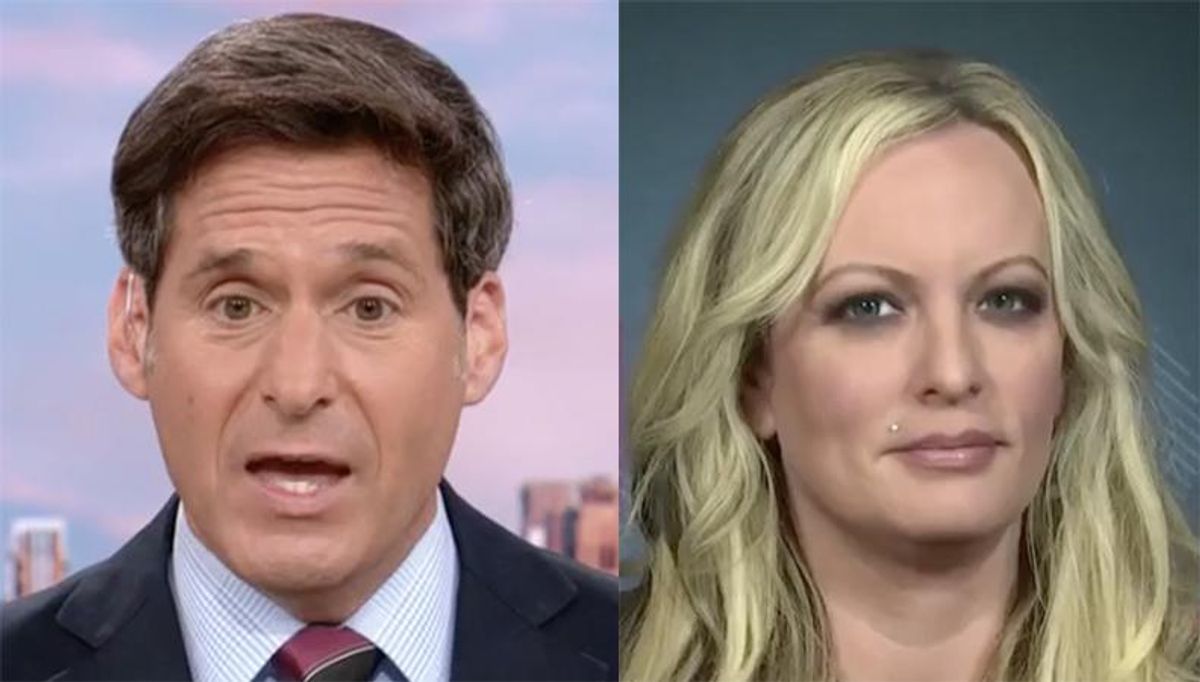 Daniels, who received a payment from Trump from former attorney Michael Cohen to keep quiet about their affair -- which led to Cohen going to jail -- noted that Americans should be "afraid" of men like Trump with regard to his conduct that led to the Capitol riot on Jan 6th.

That led host Berman to ask about Trump's widely-derided speech over the weekend in North Carolina.

"I'm curious," Berman began. "The former president himself spoke at a rally over the weekend. Generally speaking, what do you think now when you see him as former president out there doing what he does?"

"It's comical, almost, it's sad," she replied. "And I didn't see what you were talking about, but I try not to follow him anymore. It's just absurd, and I almost feel sorry for him in a way because I don't believe he's mentally all there."

"I don't know where you were on January 6 during the insurrection itself, but what was your reaction to that and his role in it?" Berman pressed.

"Like I said, it's just utterly repulsive and disgusting and every day I think this can't get any more ridiculous, that we're actually living this," she replied. "It's like, hold my beer. Nobody can stop him."

"What do you think about him leaving open the possibility of running for president again? Do you, a, think he will, or what would you think about that?" the CNN host asked.

'Well, it's within his legal right, I guess," she stated. "At this point in time for him to do so, I think that it's absurd, but, honestly, he's crazy enough to do it."