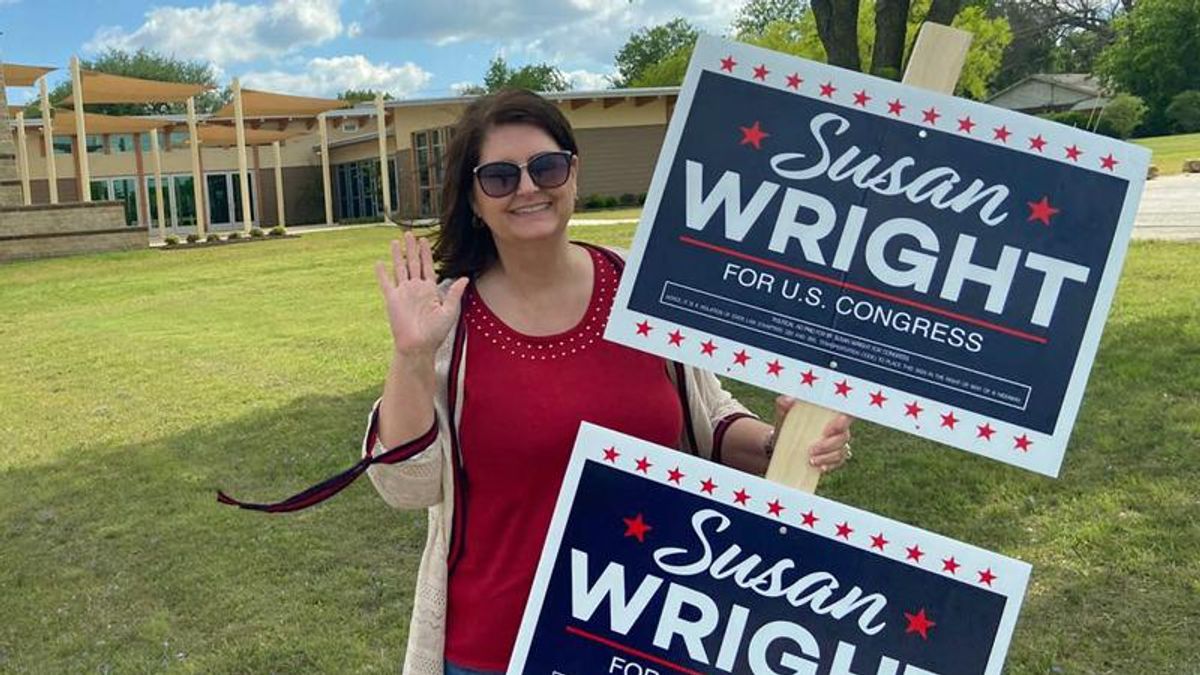 Last minute dirty tricks are reportedly occurring in a special election for Congress being held in Texas on Saturday.

"Texas Republican congressional candidate Susan Wright is seeking help from federal law enforcement the day before her special election, after supporters reported receiving robocalls that accused her of being responsible for the death of her late husband," Politico reported Friday. "Wright's campaign reached out to the Federal Bureau of Investigation and the Department of Justice on Friday after discovering robocalls baselessly alleging that she had 'murdered' her husband, the late GOP Rep. Ron Wright. Wright is running in the special election to succeed Wright, who passed away in February after being diagnosed with coronavirus."

The calls are reportedly being made from a blocked number.

"A female voice begins the minute-long robocall by saying that Wright 'murdered her husband,' and that 'she's now running for Congress to cover it up.' The robocalls do not have a 'paid-for' attribution saying who is paying for the attacks," Politico reported. "The robocall then claims that 'according to confidential sources,' Wright 'obtained a $1 million life insurance policy on the life of her husband…six months before his death.' It then says that Wright 'tearfully confided in a nurse that she had purposely contracted the coronavirus.'"

NEWS - Texas GOP special election candidate Susan Wright has reached out to the feds after being the target of an 1… https://t.co/6EgEHTARu0
— Alex Isenstadt (@Alex Isenstadt)1619806883.0