'Texas exceptionalism' is a myth — and it took a freak snowstorm to destroy it: columnist 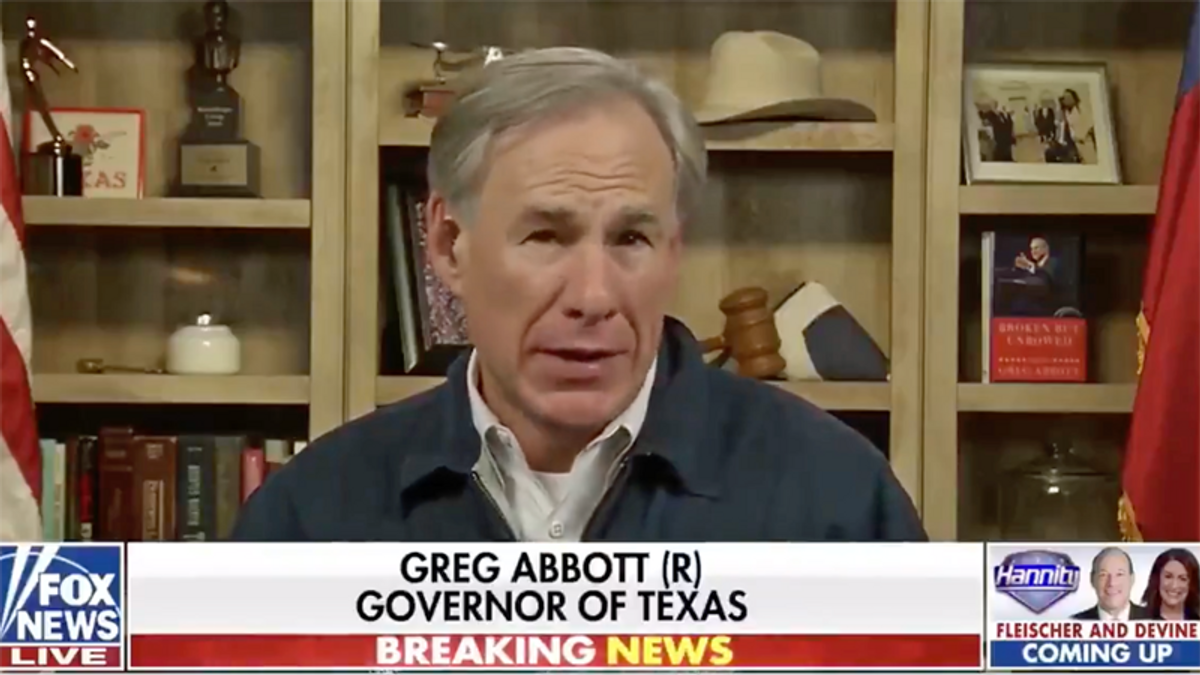 On Wednesday, writing for The Washington Post, global opinions editor Karen Attiah laid bare how the mythology of "Texas exceptionalism" covered up serious leadership failures that surfaced catastrophically in the freak snowstorm the paralyzed the state's power grid.

"How could this happen in America's largest energy-producing state? Deregulation is clearly a central part of the answer," wrote Attiah. "In the 2000s, Texas leaders opted to deregulate our independent power grid, leaving providers with no incentive to prepare for infrequent risks. After a 2011 cold spell produced a crisis, federal regulators warned that the state needed to invest in winterizing the energy supply infrastructure. That advice went unheeded. You can draw a direct line from there to market absurdities such as those we saw this week, when the wholesale price of electricity in Houston spiked from $22 a megawatt-hour to about $9,000, while 4 million Texas homes had no power."

Texas Gov. Greg Abbott is currently trying to blame anyone but himself — however, wrote Attiah, state leadership bears a lot of blame.

"Texas politicians have been busily employing shameless gaslighting and partisan scapegoating to keep their partisan bases warm and toasty," wrote Attiah. "In a now-deleted Facebook post, former Colorado City mayor Tim Boyd blasted his city's residents for being 'lazy' and instructed them to 'quit crying and looking for a handout!' Gov. Greg Abbott (R), a day before he gave a formal address to Texans on the disaster on his watch, popped up on Fox News to assert that the blackouts were somehow evidence that Democrats' Green New Deal would not work. Abbott joined a chorus on the right blaming frozen wind turbines for the shambolic power situation — though wind accounts for only about 10 percent of the state's winter power supply."

"But Republican former governor Rick Perry, also a former U.S. energy secretary, was the one who boiled it all down to that Texas mythos, saying, 'Texans would be without electricity for longer than three days to keep the federal government out of their business,'" wrote Attiah. "Talk about a Texas-size delusion. Our suffering is worth it, so long as we can stick it to the feds!"

"Our suffering is compounded by Republican leaders who would rather serve up stale, partisan talking points than do what is best for Texans. We deserve so much better," concluded Attiah. "Texan exceptionalism? I love my home state, but it's time for that myth to come to a cold, dead end."