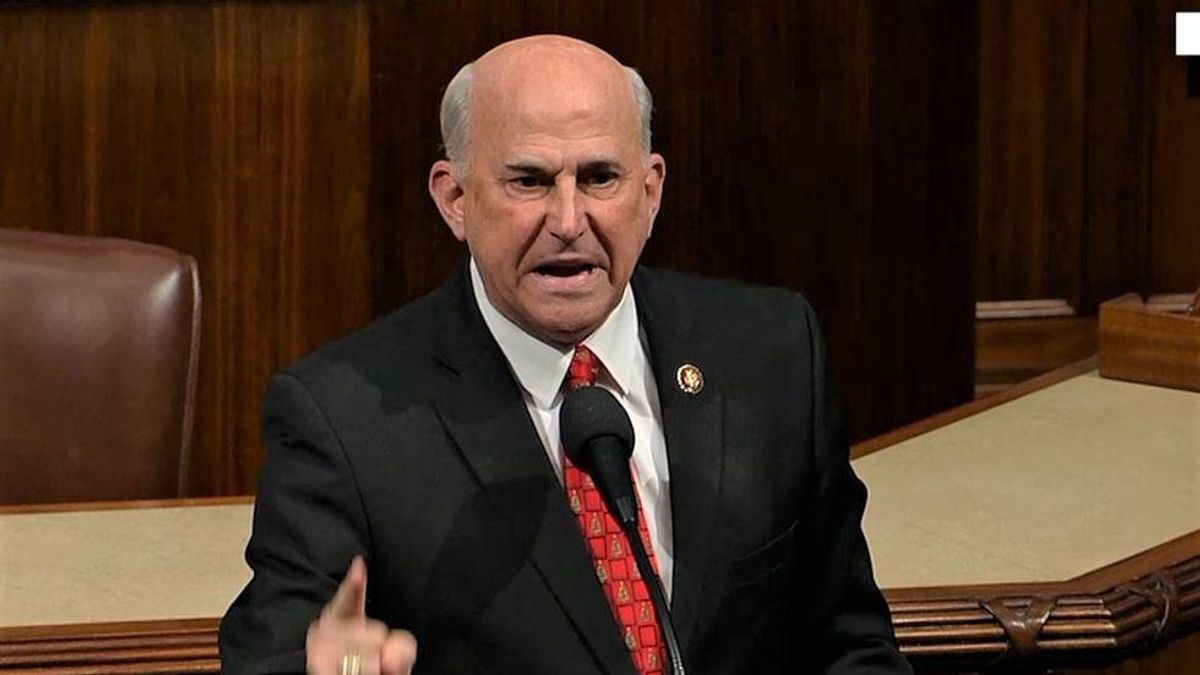 Taking to the House floor Thursday, Rep. Louie Gohmert (R-TX), known for his bizarre antics, explained why he now supports Democrats' efforts, after previously voting against it.

"We really need to know what the FBI knew and when they knew it," said Gohmert. "And not only that, we need to know how much participation did any of our federal friends, either at DOJ, at FBI, or any at the intel community — what kind of role were they playing," he said. "Because there's information that came out about the effort to kidnap the Michigan governor and there were federal agents. So, it's been said that there were federal agents involved in that."

The latter point is misconstrued as the federal agents "involved" were those approached by an informant who got cold feet about the kidnapping. He worked with the FBI to help stop the plot before it happened. No FBI agents were involved in the plotting of the kidnapping of the governor.

It's unclear if Gohmert will now become an advocate among his peers for the Jan. 6 Commission.

See an excerpt of video of his floor speech below: