A fervent Donald Trump supporter who carried a "white privilege" card has been charged in an alleged bomb plot aimed at keeping the ousted president in office.

According to the FBI, Rogers also carried a mock "white privilege" credit card that references the former president, whom his attorney said Rogers strongly supported. 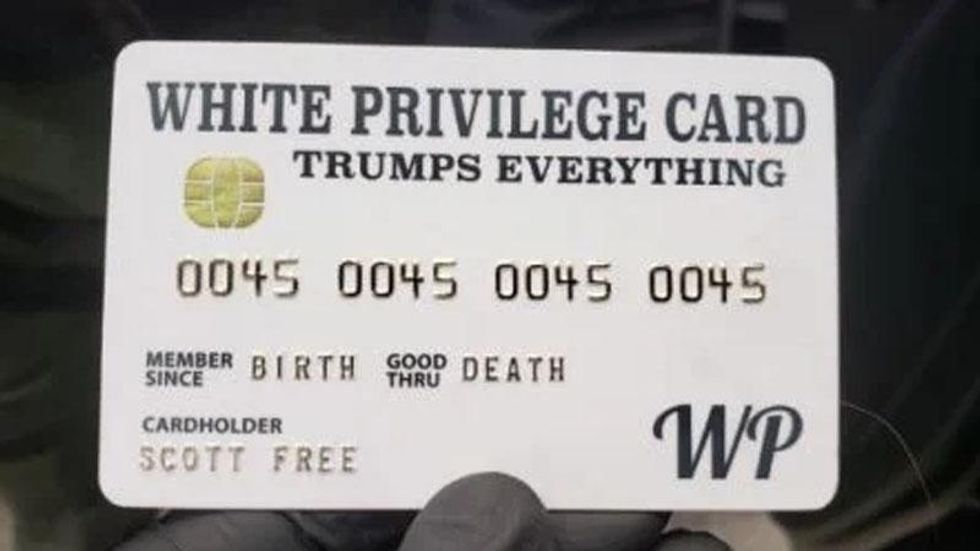 However, Raphael insisted that Rogers was full of "bluster and bandwagoning" as a result of his alcohol problem and Trump support, but was not dangerous or formally associated with any right-wing extremist groups, and was instead a "prepper" and gun collector.

Prosecutors say text messages on Rogers' phone indicated he believed Trump had won the 2020 election, and that he intended to attack Gov. Gavin Newsom, other elected Democrats and social media companies that he believed had conspired against the former president.

"We can attack Twitter or the democrats you pick," he texted on Jan. 10 to a friend, according to prosecutors. "I think we can attack either easily."