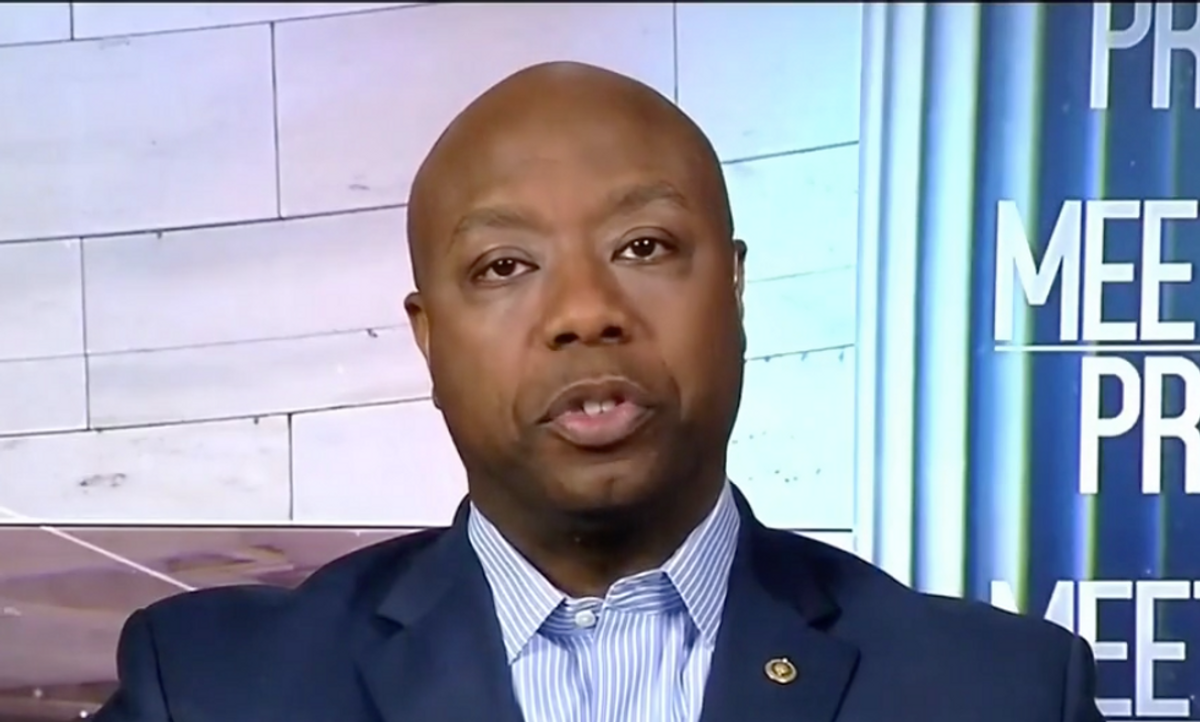 South Carolina's Tim Scott, the only Black Republican in the Senate, has been raking in cash as he eyes a potential 2024 GOP presidential bid.

If he runs, Scott's campaign could be almost single-handedly financed by Oracle co-founder Larry Ellison, the seventh-richest person in the world, who recently gave Scott's super PAC $10 million — Ellison's largest political donation ever — according to a report from Politico.

Meanwhile, outfits linked to Scott have have spent at least $17,000 on Hawaii-related travel costs, to visit Ellison's Lanai Island home.

"Scott's behind-the-scenes courtship of Ellison illustrates how the senator has quietly become a powerhouse fundraiser and a major force within the Republican Party," Politico reports. "With the top levels of the GOP divided over whether to remain in lockstep with Trump or break away from him, senior Republicans say Scott's ability to win support from divergent wings of the party could be an asset should he wage a 2024 run."

Scott's profile was boosted significantly when he delivered the GOP's response to President Joe Biden's joint address to Congress in April, touting his "cotton to Congress" story. Other donors to Scott's super PAC, the Opportunity Matters Fund, include Richard Gaby, who's bankrolled former president Donald Trump and Georgia Republican Congresswoman Marjorie Taylor Greene; Bill Oberndorf, who's given millions to Republican but opposed Trump's nomination in 2016; and Dan Loeb, a financier of gay rights initiatives.

But Scott's 2024 campaign is not a "foregone conclusion," according to Politico.

"The senator has repeatedly brushed aside questions about a presidential bid and has said he is focused on his 2022 reelection campaign in South Carolina, where he is a heavy favorite," the site reports. "And even if Scott does wage a presidential campaign, he wouldn't necessarily be a front-runner: Many Republicans say there's far more enthusiasm for would-be candidates more closely associated with the conservative base, like Trump or Florida Gov. Ron DeSantis."