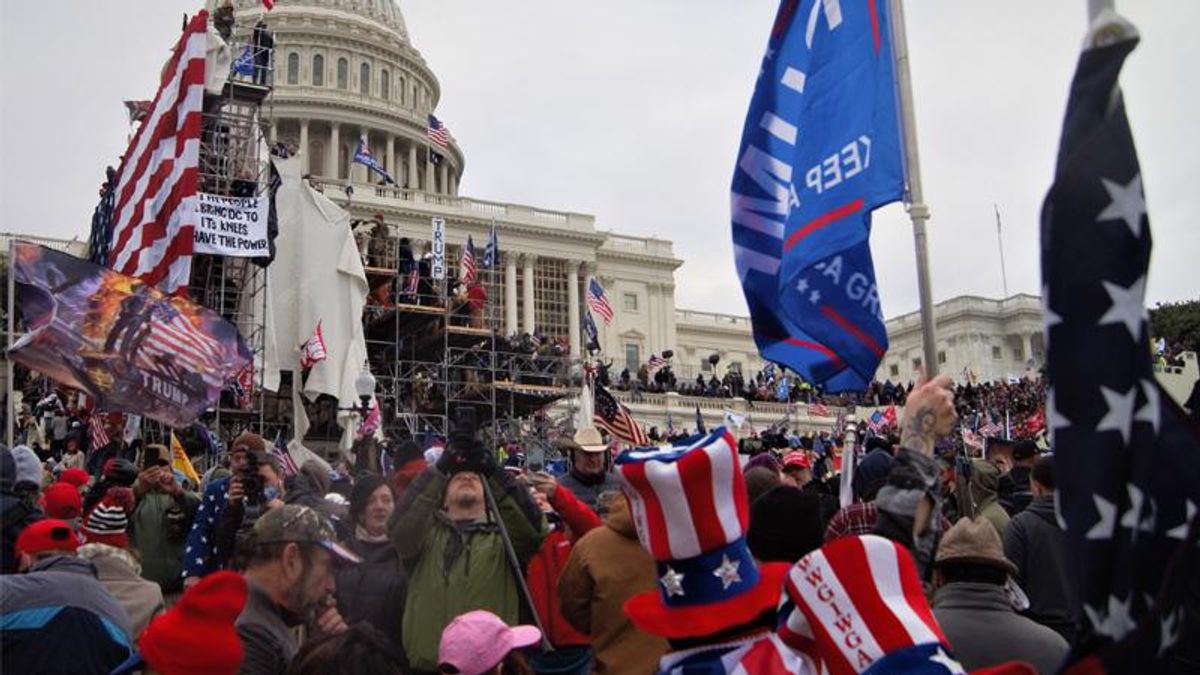 Congressional Republicans are seeing an increasing number of resignations from longtime aides who are fed up with their party's enabling of President Donald Trump's failed insurrection.

Politico reports that Jason Schmid, a longtime senior House Armed Services Committee staffer, delivered a scathing resignation letter in which he declared that last week's Capitol building rioters to be enemies of the American republic.

"The sad, incontrovertible truth is that the people who laid siege to the Capitol were and continue to be domestic enemies of the Constitution of the United States," he wrote. "A poisonous lie that the election was illegitimate and should be overturned inspired so called 'patriots' to share common cause with white supremacists, neo-Nazis and conspiracy theorists to attack the seat of American government."

Schmid went on to slam members of his own party who egged on the rioters.

"Some members whom I believed to be leaders in the defense of the nation chose to put political theater ahead of the defense of the Constitution and the republic," he wrote. "These self-inflicted wounds are a gift to autocrats who seek a diminished America and are fundamentally inconsistent with the responsibility to provide for the common defense. Foreign intelligence services were likely on the scene and will certainly capitalize on the crisis it has caused... Congressional enablers of this mob have made future foreign conflict more likely, not less."