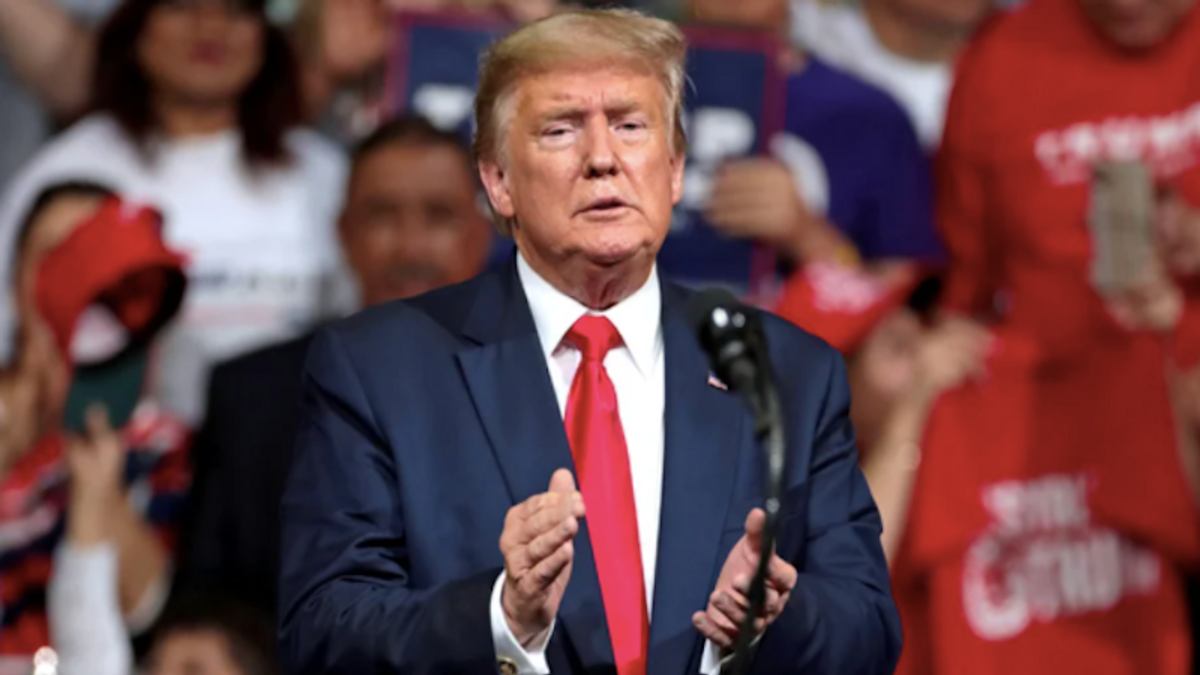 President Donald Trump's efforts to overturn his election loss may have violated a federal law targeting the Ku Klux Klan.

The NAACP and three Black voters from Detroit have joined a lawsuit filed last month by the Michigan Welfare Rights Organization alleging that Trump and his campaign violated the 1871 Ku Klux Klan Act that aimed to shut down efforts to terrorize and disenfranchise the formerly enslaved, reported Law & Crime.

"Under the specter of preventing 'fraud,' defendants engaged in a conspiracy, executed through a coordinated effort, to disenfranchise voters by disrupting vote counting efforts, lodging groundless challenges during recounts, and attempting to block certification of election results through intimidation and coercion of election officials and volunteers," argues the new lawsuit.

Last month's filing accused the president of violating the Civil Rights Act of 1965, but the new complaint alleges a violation of the Jim Crow era law.

"These systematic efforts – violations of the [Voting Rights Act] and the Ku Klux Klan Act – have largely been directed at major metropolitan areas with large Black voter populations," the complaint says. "These include Detroit, Milwaukee, Atlanta, Philadelphia, and others. Defendants have not directed these efforts at predominantly white areas."

The complaint accused Trump supporters of terrorizing Georgia's secretary of state and others associated with the election, and the president's supporters also sent threats to a Wisconsin Supreme Court justice who ruled against the Trump campaign in several lawsuits.

A federal judge previously found Trump supporters Jacob Wohl and Jack Burkman had violated the Ku Klux Klan Act in October with automated calls targeting Black voters with lies about casting mail-in ballots, and the pair was ordered to send new calls to their victims stating the previous messages were false and illegal.

They still face felony charges in Michigan and Ohio over their campaign stunt.