Ivanka and Jared were forced to broker a 'stilted' meeting between Trump and Pence after the Capitol riot: report 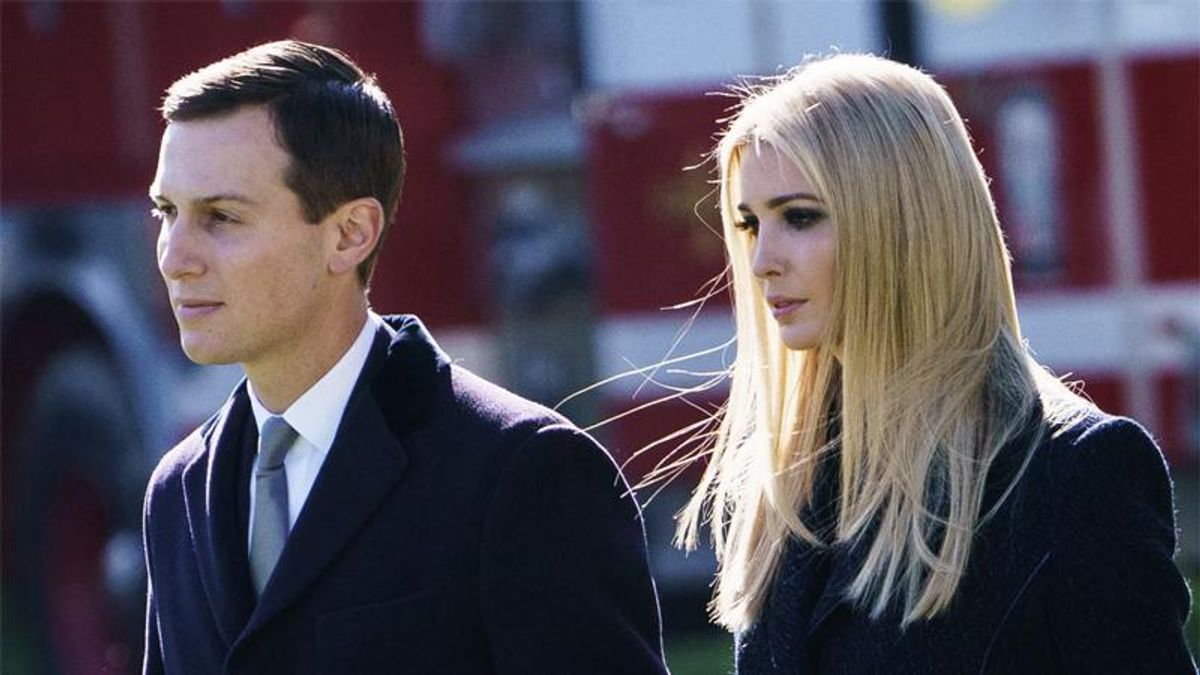 In a report on the strained relationship between former President Donald Trump and ex-Vice President Michael Pence, the Washington Post reveals that first daughter Ivanka Trump and her husband, White House adviser Jared Kushner, interceded and brokered a meeting between the two men days after the assault on the Capitol where Pence's life was endangered.

With video showing insurrectionists searching for Pence while claiming they were going to lynch him for failing to stop the certification of Joe Biden's presidential election win -- combined with the president simultaneously tweeting, "Mike Pence didn't have the courage to do what should have been done to protect our Country and our Constitution," the Post reported that the two were not on speaking terms with each other until Ivanka and Kushner stepped in.

Pointing out that the two have since spoken -- the Post reports the January 11th meeting was polite but tense.

"Five days after the attack, on Jan. 11, Trump and Pence also met in person in the Oval Office for a lengthy meeting that was officially dubbed "a good conversation" but privately described as stilted and uncomfortable, according to several people familiar with the meeting," the report states.

"Trump's son-in-law, Jared Kushner, and his daughter, Ivanka Trump, at the time both senior White House advisers, acted as go-betweens, with Ivanka urging her father to reach out to Pence, two people familiar with the planning said," the Post report continued, adding, "Kushner later described the meeting as a difficult situation, jokingly likening it to his efforts at brokering peace in the Middle East, a person familiar with his comments said."

As New York Magazine reports, there was good reason for Pence to be unhappy with Trump since he was likely aware that the former vice president was in danger based on a report that Sen. Tommy Tuberville (R-AL) spoke to the president in real-time on a cell phone, telling Trump, "Mr. President, they just took the vice president out, I've got to go."

On Friday morning, former Trump administration official Nikki Haley added fuel to the Trump/Pence fire by turning on the man who made her the U.N. ambassador, telling Politico's Tim Alberta, "I am so disappointed in the fact that [despite] the loyalty and friendship he had with Mike Pence, that he would do that to him. Like, I'm disgusted by it."