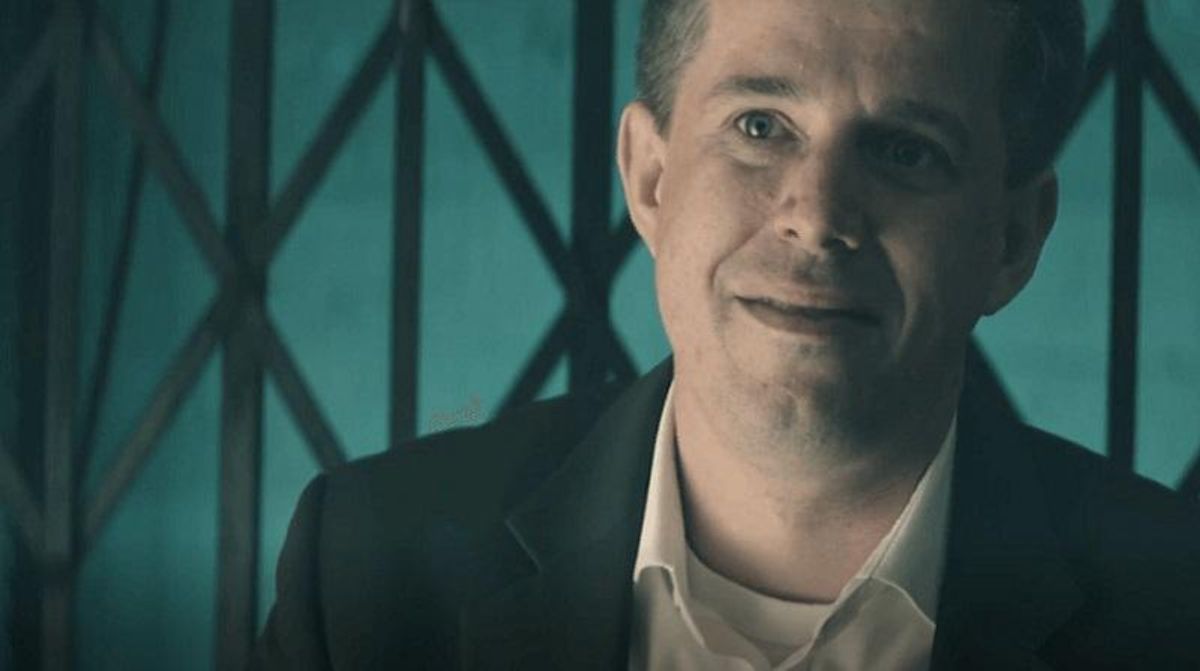 The man who's leading the "audit" of the 2020 election in Arizona appears in a new conspiracy theory film claiming that the CIA helped steal the election from former President Donald Trump.

The Daily Beast's Will Sommer reports that Cyber Ninjas CEO Doug Logan is featured prominently in a conspiracy theory movie called "The Deep Rig," despite the fact that he's running what is a purportedly objective "audit" of the vote in Arizona.

"For much of The Deep Rig, Logan's identity is obscured through blurring and a voice modulator, identified only as 'Anon' as he argues that the CIA was behind 'disinformation' around the election," reports Sommer. "Towards the end of the film, however, Logan's identity is revealed. The crowd of a couple hundred people at the premiere at Phoenix's Dream City Church exploded in applause when Logan was revealed as the conspiratorial 'Anon.'"

In addition to Logan, the movie also features activist Joe Oltmann, who claims that he learned about the election being rigged when he infiltrated an Antifa conference call.

The "audit" of the 2020 election has drawn widespread criticism and ridicule from elections experts, who have called it unprofessional and completely biased.

Among other things, auditors have been mocked for searching for bamboo fibers in ballots, which they say would prove nefarious Chinese influence over Arizona's elections last year.

Additionally, some Trump supporters have accused Maricopa County elections official of shredding Trump ballots, feeding them to chickens, and then having the chickens incinerated to cover up the evidence.