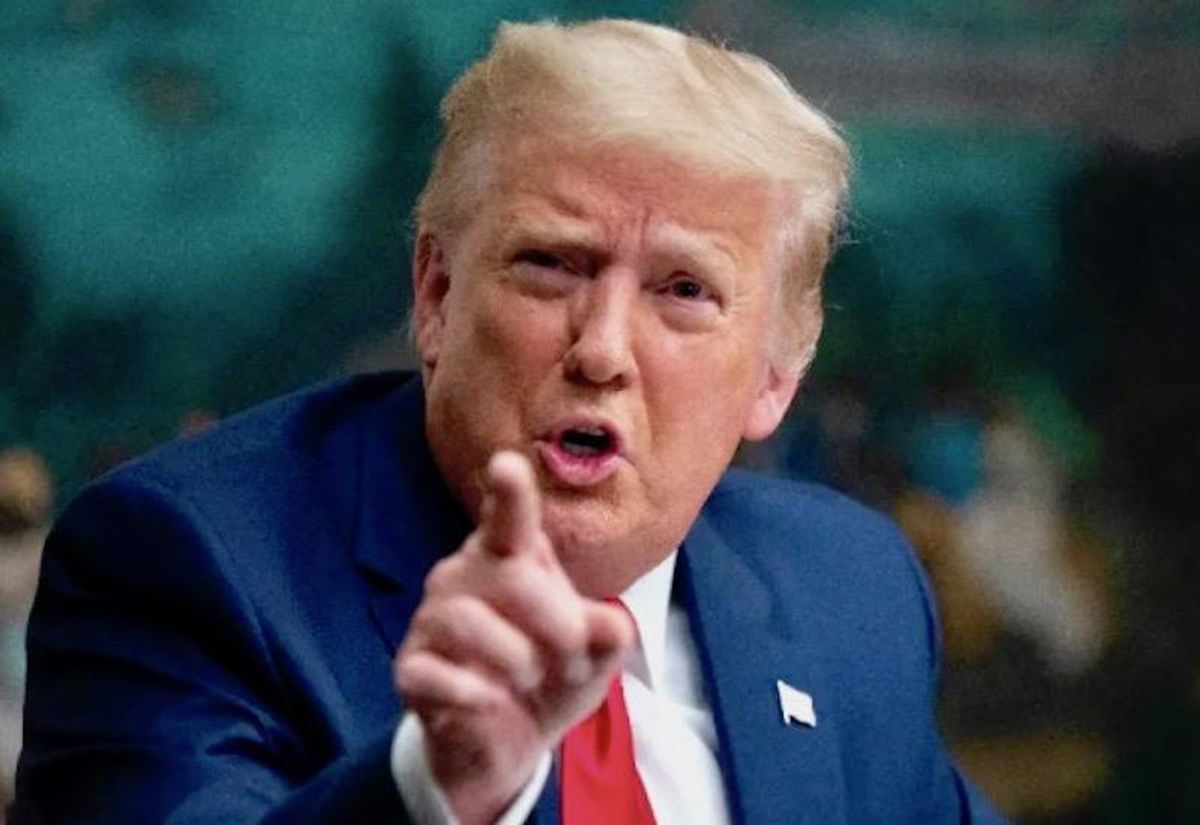 President Donald Trump infamously called state Attorney General Brad Raffensperger, berating him for his loss of Georgia and demanding he "find" him 11,000 more votes in what some legal experts say was a criminal act. But less known until now is that Trump also called the chief investigator of the Georgia Secretary of State's office in his attempt to overturn the results of the election. In that call he blamed Stacey Abrams and "dishonest" Fulton County, which is home to Atlanta, for the loss – which he also insists was not real, saying that he won the state by "hundreds of thousands" of votes.

The Wall Street Journal Wednesday evening reported on the call, and published the audio.

"Something bad happened," Trump told the investigator, Frances Watson. "When the right answer comes out, you'll be praised."

Watson was not about to be intimidated.

"I can assure you that our team and the [Georgia Bureau of Investigation], that we are only interested in the truth and finding the information that is based on the facts."

In the recording of the call, which has never been released before, Trump pressures Watson repeatedly to help him out.

"This country is counting on it," Trump tells her, meaning him winning Georgia.

"You have the most important job in the country," he also tells her.

Trump also falsely claims he won other states, like Texas, by the biggest margin ever: "we won Texas by a record, Texas was won by the biggest, biggest number ever," which is false.

"I won Georgia by a lot," Trump proceeds to tell Watson, "and the people know it, and, you know, something happened. Something bad happened."

"The people of Georgia are so angry at what happened," he says, seemingly that Biden was declared the winner. "They know I won, won by hundreds of thousands of votes."

"I hope you're going back two years as opposed to just checking, you know, one against the other because that would just be sort of a signature check that didn't mean anything but if you go back two years. And if you can get to Fulton [County}, you're going to find things that are going to be unbelievable. The dishonesty, that we've heard from … good sources, really good sources, but Fulton, Fulton is the mother lode you know as the expression goes, Fulton County."

At one point Watson appears to try to get Trump off the phone but he keeps talking. She says she knows how busy he is and she is "shocked that you would take time" to call her.

"You know, they dropped the ballots they dropped all these ballots. Stacey Abrams, really, really terrible. I mean just a terrible thing. And I will say this. If it went, I mean hopefully this will show because if you go back two years or four years, you're gonna see it's a totally different signature but. But hopefully, you know I will. When, when the right answer comes out you'll be praised. I don't know why they made it so hard. They will be praised, to people will say, 'great,' because that's what it's about that ability to check, and to make it right."

The Journal adds that "Fulton County District Attorney Fani Willis has launched a criminal investigation into alleged efforts to have officials in Georgia overturn the state's results of November's presidential election. In a February letter to officials, Ms. Willis said a grand jury would convene this month."