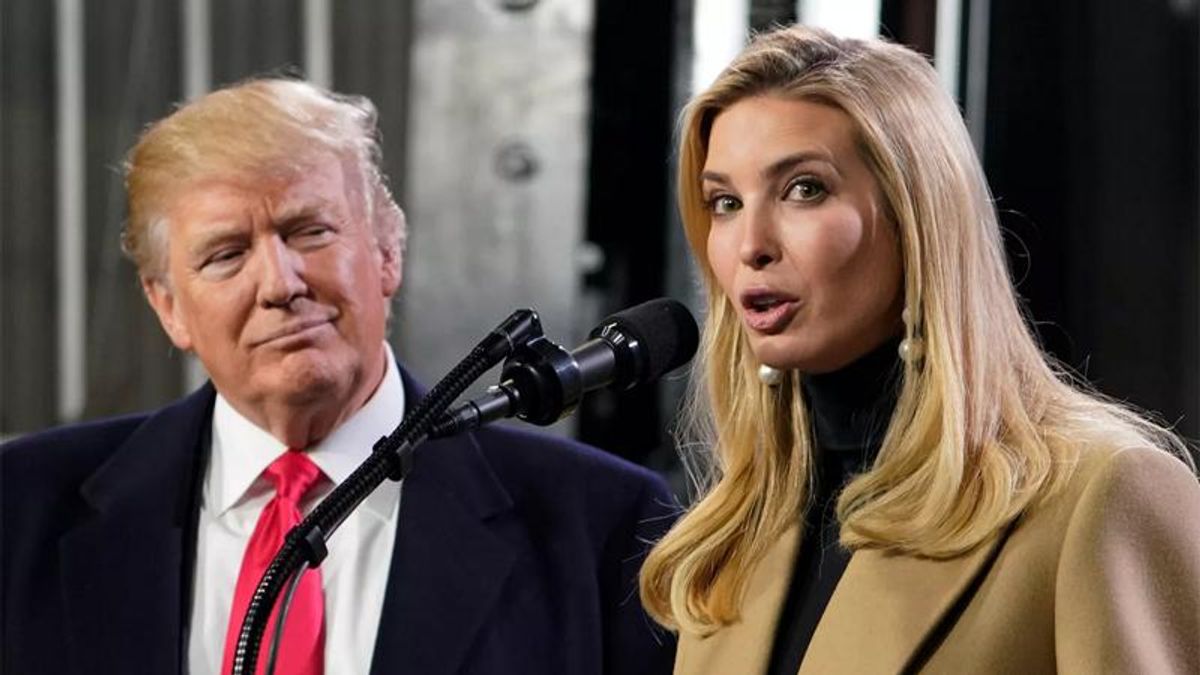 As Bloomberg's Tina Davis writes, "Trump has long loved to slap his name on things ... but, as far as mainstream customers go, that ship likely sailed a long time ago."

"The brand is irreparably stained," explained Crenshaw before adding "I really don't see any viability," when it comes to manufacturers or retailers partnering with the Trump family -- including daughter Ivanka who shuttered her own clothing line after retailers began dropping it.

"Trump-branded items were dropped from Macy's and other retailers soon after he launched his campaign with a speech promising to build a border wall to keep out 'rapists' from Mexico. Ivanka's partners started pulling her merchandise in 2017 after she took an advisory role in her father's administration," Davis wrote before adding that Ivanka apparel can now "only be found secondhand at resellers such as thredUP or auction sites like eBay."

"Though the family hasn't declared any intention of expanding their consumer-facing businesses, the Trumps still hold live trademarks for products ranging from infant beddings to coffee to greeting cards," the report states with Davis conceding, "Ivanka may find new markets for her wares abroad — the Chinese government awarded her dozens of trademarks during her father's time in office, many of which seemed suspiciously timed with Trump administration foreign policy decisions, watchdog group Citizens for Responsibility and Ethics in Washington has pointed out."

Meghan Markle is "saddened" by reports published Wednesday saying she faced a bullying complaint during her time living at Britain's Kensington Palace before she stepped back from royal duties, her spokesman said.

The Times newspaper made the claims against the wife of Prince Harry, which are alleged to date back to October 2018 and involve members of the royal household staff.

Abbott announced Tuesday he was ending the state's mask mandate in a bid to open up Texas "100 percent", despite fears from the US Centers for Disease Control and Prevention it could lead to a resurgence of Covid-19.