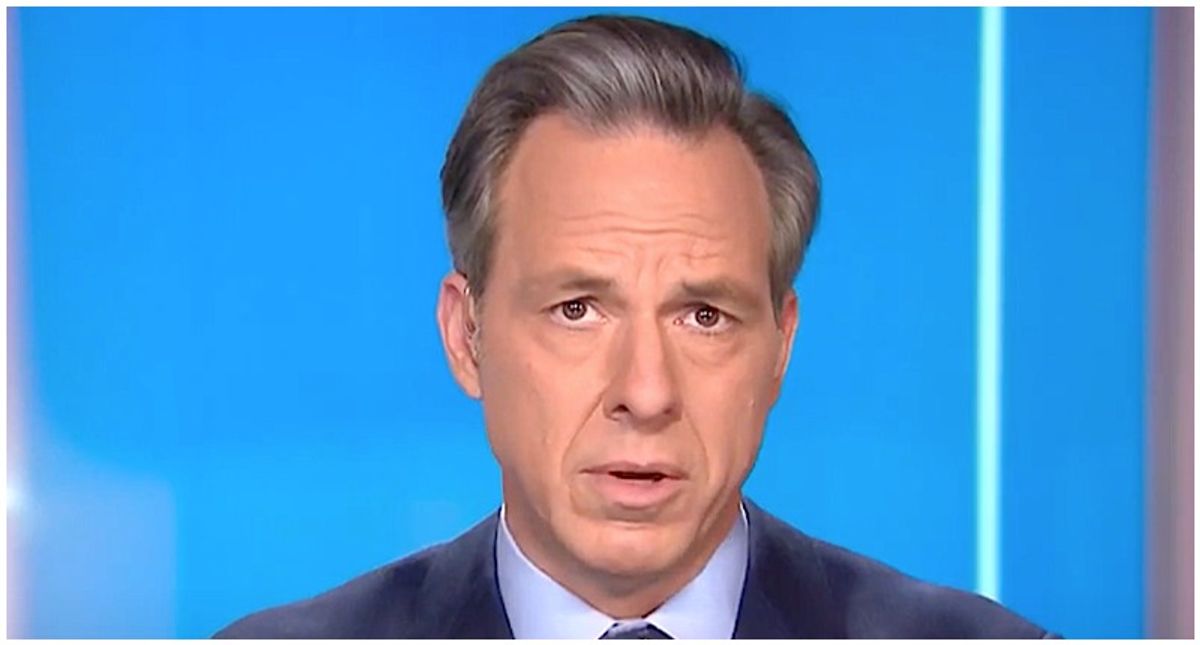 "State of the Union" host Jake Tapper kicked off his show on Sunday by ripping into Donald Trump as a lover of the Capitol assault "terrorists," adding that Wednesday's violent attack on the halls of Congress will go down as a day of "infamy."

The CNN host got to it from the start.

"The state of our union is utterly devastated after one of the darkest days in our nation's history: a coup attempt, no longer bloodless, instigated by the president of the United States," he began. "The flags at the U.S. Capitol are at half staff this morning for the police officer, Brian Sicknick, who was murdered this week but they are not at half staff at the White House, perhaps because officer Sicknick was the enemy of the terrorist mob, and the mob loves Trump."

"The mob, by trying to intimidate, threaten, or even kill the vice president and members of Congress, who were counting the electoral votes -- that mob was, in turn, loved back by Trump," he continued. "According to [Nebraska Republican Senator] Ben Sasse, White House aides told him the president was quote 'delighted' watching the insurrection. In Trump's view, they were fighting for him. Trump put out a statement, 'we love you,' he said, after the attack, 'you are very special.'"

"It might be difficult to hear these words, it's difficult to say them because it's so ugly, but it's true," he continued. "The flag isn't down at the White House because the president is not mourning Sicknick. He hasn't personally decried the terrorists in any way because the president loves the terrorists and he reportedly has not even spoken to his own vice president, whose life was at risk since Wednesday. The images of this attack are so shocking that many of Trump's enablers are finally, with just a few days left in his presidency, beginning to get the goddamn point that his continuous lies and humoring of racists and winks and nods to violent extremists are dangerous."