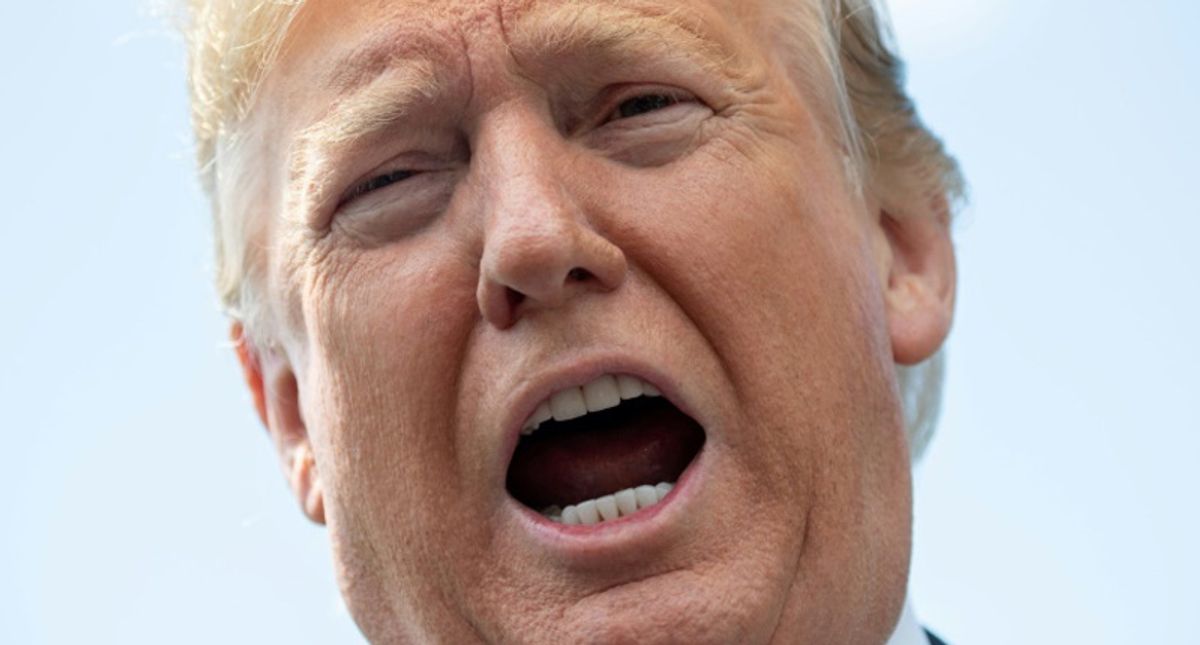 The United States Capitol Police on Friday lost another officer after Noah Green reportedly drove his car into barricades.

"It is with profound sadness that I share the news of the passing of Officer William 'Billy' Evans this afternoon from injuries he sustained following an attack at the North Barricade by a lone assailant. Officer Evans had been a member of the United States Capitol Police for 18 years," acting U.S. Capitol Police Chief Yogananda Pittman said in a statement.

Former President Donald Trump also issued a statement. Trump's statement did not offer condolences, instead he repeated his "Big Lie" about election fraud that incited the fatal January 6th insurrection by his supporters seeking to overturn the outcome of the 2020 election.

"Why is it that every time the 2020 ELECTION FRAUD is discussed, the Fake News Media consistently states that such charges are baseless, unfounded, unwarranted, etc.? Sadly, there was massive fraud in the 2020 Presidential Election, and many very angry people understand that," Trump said, brazenly lying that there was "massive fraud."

"With each passing day, and unfortunately for the Radical Left CRAZIES, more and more facts are coming out," Trump falsely claimed. "Other than that, Happy Easter!"

News accounts all day focused on the attack at the Capitol that left a police officer dead. Many of those news acco… https://t.co/bIBf7IoBR8
— Maggie Haberman (@Maggie Haberman)1617413439.0

Trump also refused to offer condolences to the family and friends of Capitol Police Officer Brian Sicknick, who was killed during the Capitol insurrection.