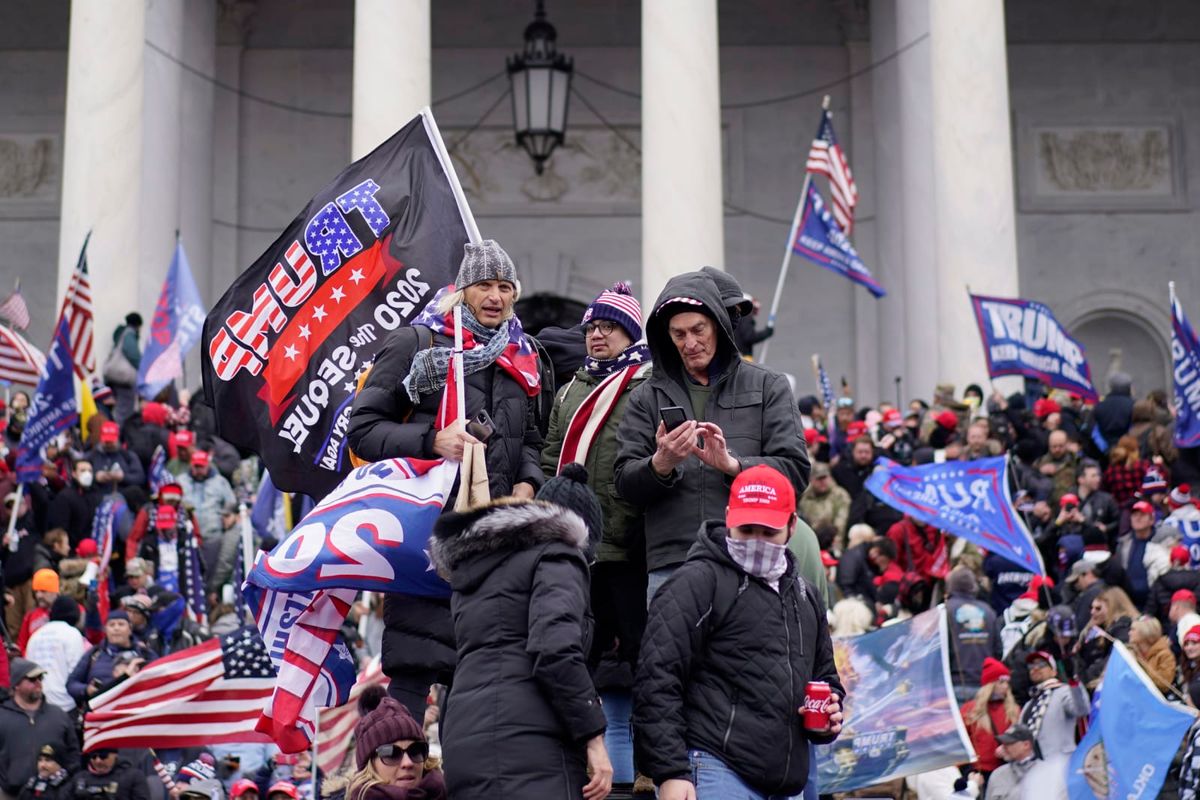 According to a report from the Associated Press, a federal officer emailed his colleagues on January 6th that Donald Trump was in the process of ordering attendees at his "Stop the Steal" rally to march to the U.S. Capitol.

The email, which was obtained by the Associated Press, was sent just as Trump told the attendees to "fight like hell" to overturn the election result.

The Federal Protective Service officer's email read, "POTUS is encouraging the protesters to march to capitol grounds and continue protesting there."

Over an hour later another email was sent out that stated, "CAPITOL HAS BEEN BREACHED. PROTESTERS ARE NOW INSIDE THE CAPITOL."