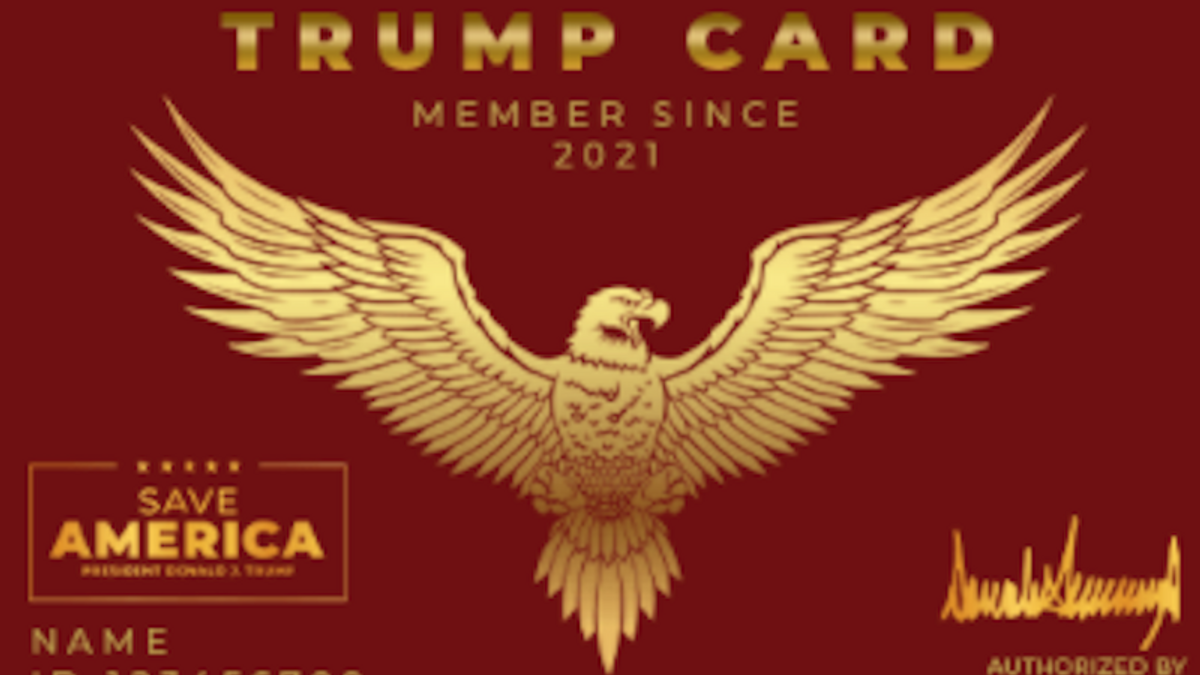 Those who voted by clicking on one of the four proposed designs were, naturally, redirected to a fundraising page.

"We recently met with the President in his Florida office and showed him four designs," the email continued. "Originally we were planning on releasing just one design, but when President Trump saw the cards on his desk, he said, 'These are BEAUTIFUL. We should let the American People decide - they ALWAYS know best!'" the email said.

All four of the designs say "Official Trump card" and bear the logo of his Save America PAC. They include the former president's signature above text saying, "Authorized by president Donald Trump," as well as a place for the name of the "member," along with an ID number and the date when their membership began.

On Twitter, several users claimed that the eagle on one of the designs bares an eerie resemblance to the Reichsadler or "imperial eagle," which was combined with a swastika in the official German national emblem adopted by by Adolf Hitler.