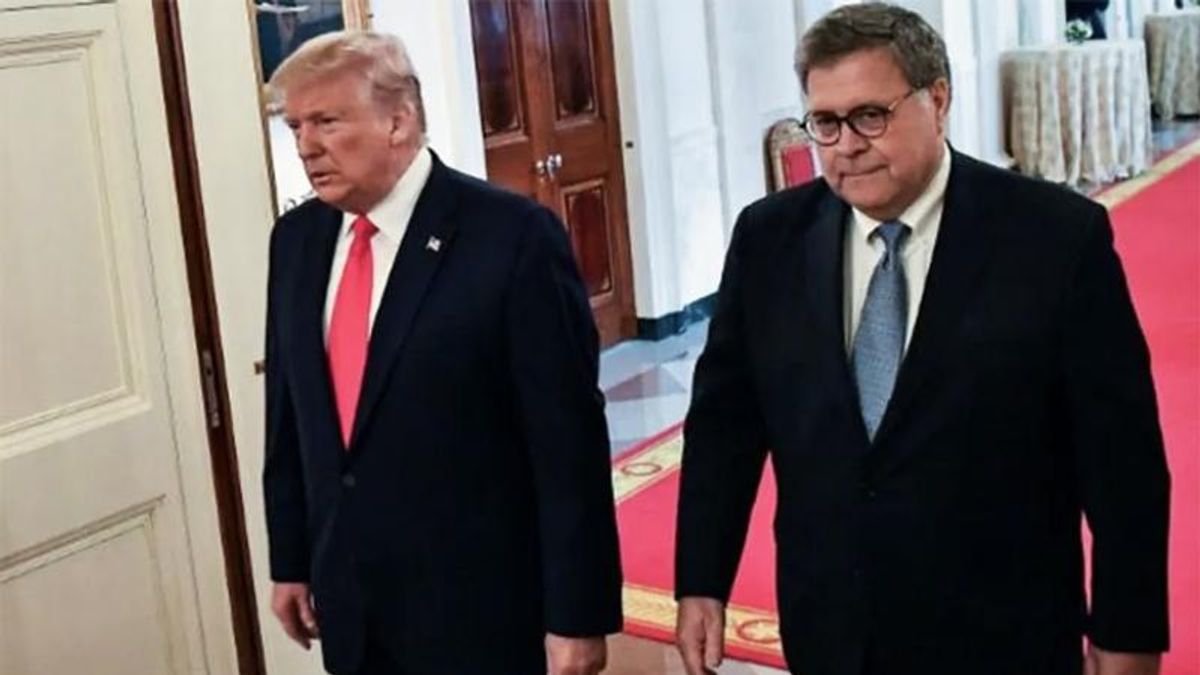 According to the Washington Post's Greg Sargent, the DOJ has not only been holding back investigative information about the Trump administration from House committees launching their own inquiries but has also been running interference for the former president -- and that has some Democrats frustrated.

"The Justice Department has taken multiple active steps that are keeping the true scope of former president Donald Trump's misdeeds buried. While the department has understandable reasons for defending its institutional prerogatives, this lack of transparency simply isn't tenable," he wrote. "This week, Democrats made a new move toward opening the books in a key area where the Justice Department has been unduly secretive: the scandal involving the department's subpoenaing of the phone records of prominent critics of Trump."

Using the latest scandal as a springboard, the Democratic-controlled House Judiciary Committee sent a letter to Garland demanding an expanded array of information that they feel will --when delivered -- help them make a criminal case against the former White House occupants.

Noting that Rep. Adam Schiff (D-CA) has been "rebuffed" by the DOJ about information about the subpoenaing of his phone records after he was notified he was targetted, Sargent wrote, "That's where the Judiciary Committee's new demand for documents comes in. Its letter calls on the Justice Department to detail the investigation it initiated into leaks relating to congressional probes of Russian electoral interference. It also demands documents detailing the legal predicate for the investigation and any subpoenas issued pursuant to it, which would theoretically sweep in any subpoenaing of phone records of members of Congress."

In an interview with Rep. Jamie Raskin (D-MD), the Judiciary Committee Democrat explained, "We want to know whether these were a couple of minor, exceptional transgressions or part of a broader criminal conspiracy to use the power of the government to conduct witch hunts against people who were in the disfavor of the president."

"Attorney General Garland has an interest in restoring the rule of law — of that I have no doubt. But we believe that there will be no return to the rule of law if we allow these events to be swept under the rug," Raskin added. "The truth is a difficult pathway. But it is the only route to the restoration of justice in America."